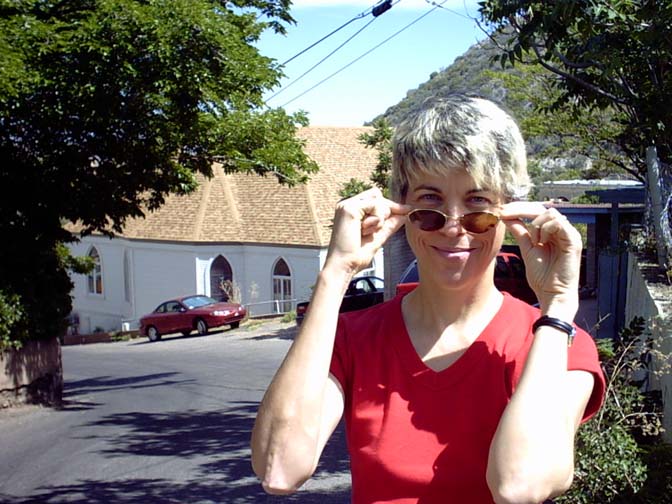 "Emma Bull" is an American science fiction and fantasy author whose best-known novel is War for the Oaks, one of the pioneering works of urban fantasy. She has participated in Terri Windling's The Borderland Series/Borderland shared universe, which is the setting of her 1994 novel Finder (novel)/Finder. She sang in the rock-funk band Cats Laughing, and both sang and played guitar in the folk duo The Flash Girls while living in Minneapolis, Minnesota.

Bull wrote a screenplay for War for the Oaks, which was made into an 11-minute mini-film designed to look like a film trailer. She made a cameo appearance as the Queen of the Seelie Court, and her husband, Will Shetterly, directed.

Bull and Shetterly created the shared universe of Liavek, for which they have both written stories. There are five Liavek collections extant.

If you enjoy these quotes, be sure to check out other famous writers! More Emma Bull on Wikipedia.

They don't know how the world is shaped. And so they give it a shape, and try to make everything fit it. They separate the right from the left, the man from the woman, the plant from the animal, the sun from the moon. They only want to count to two.