"Elvis Costello" is an English singer-songwriter. He began his career as part of London's Pub rock (UK)/pub rock scene in the early 1970s and later became associated with the first wave of the British Punk rock/punk and New wave music/new wave movement of the mid-to-late 1970s. His critically acclaimed debut album, My Aim Is True, was recorded in 1977. Shortly after recording his first album he formed the Attractions as his backing band. His second album, This Year's Model, was released in 1978, and was ranked number 11 by Rolling Stone on its list of the best albums from 1967–1987. His third album, Armed Forces (album)/Armed Forces, was released in 1979, and features his most successful single "Oliver's Army". His first three albums all appeared on Rolling Stone's list of the Rolling Stone's 500 Greatest Albums of All Time/500 Greatest Albums of All Time.

If you enjoy these quotes, be sure to check out other famous musicians! More Elvis Costello on Wikipedia.

I used to be disgusted; now I try to be amused.

There's no such thing as an original sin. 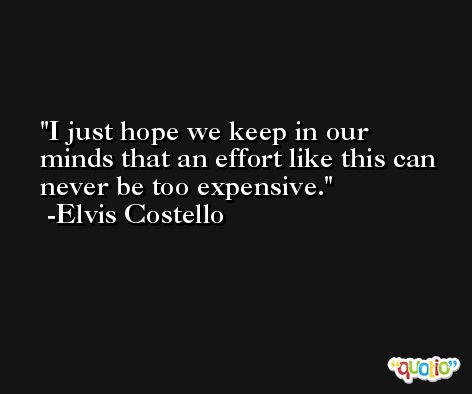 We have to speak up now.

It would be a surprise if people thought I would be playing a lot of rock 'n' roll. 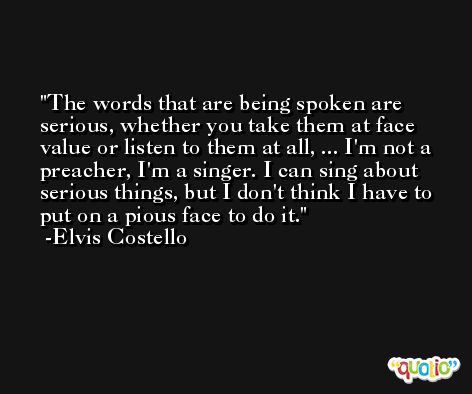 [Commercial radio] is owned by one or two corporations now, and they're not in the music business. They're in the advertising business, ... So let's not kid ourselves. If you want to hear music, go buy a guitar.

Seems to me, that the worlds are moving closer together rather than one invading the other. I believe that music is connected by human passions and curiosities rather than by marketing strategies. 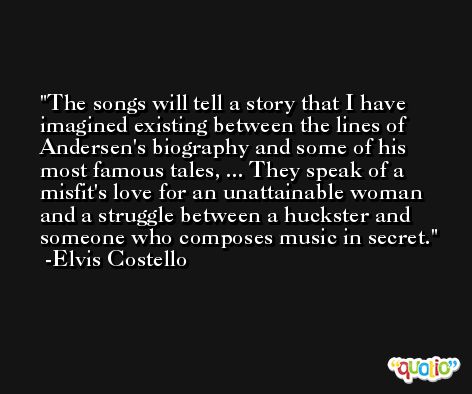