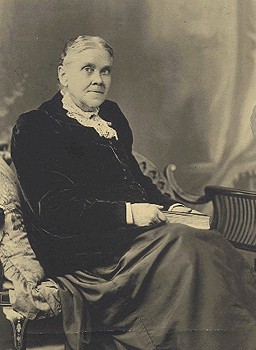 "Ellen Gould White" was a prolific author and an American Christian pioneer. She, along with other Seventh-day Adventist Church Pioneers/Sabbatarian Adventist leaders, such as Joseph Bates (Adventist)/Joseph Bates and her husband James Springer White/James White, formed what is now known as the Seventh-day Adventist Church. Ellen G. White was named among 100 Most Significant Americans in the Smithsonian magazine in an acknowledgement on Ellen White’s influence on religion.

Ellen White reported to her fellow believers her visionary experiences. James White, and others of the Adventist pioneers, viewed these experiences as the Biblical gift of prophecy as outlined in and which describe the testimony of Jesus as the "spirit of prophecy." Her Conflict of the Ages (book series)/Conflict of the Ages series of writings endeavor to showcase the hand of God in Biblical and Christian church history. This cosmic conflict, referred to as the "Great Controversy theme", is foundational to the development of Seventh-day Adventist theology.

If you enjoy these quotes, be sure to check out other famous writers! More Ellen G. White on Wikipedia.

Men professing godliness offer their bodies upon Satan's altar, and burn the incense of tobacco to his satanic majesty. Does this statement seem severe? The offering must be presented to some deity. Since God is pure and holy, and will accept nothing defiling in its character, He refuses this expensive, filthy, and unholy sacrifice; therefore we conclude that Satan is the one who claims the honor.

We should choose the right because it is right, and leave consequences with God. 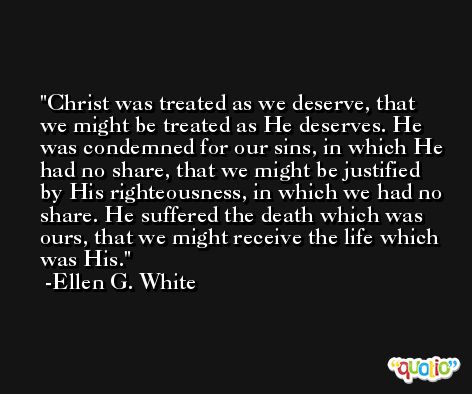 The last great delusion is soon to open before us. Antichrist is to perform his marvelous works in our sight So closely will the counterfeit resemble the true that it will be impossible to distinguish between them except by the Holy Scriptures. 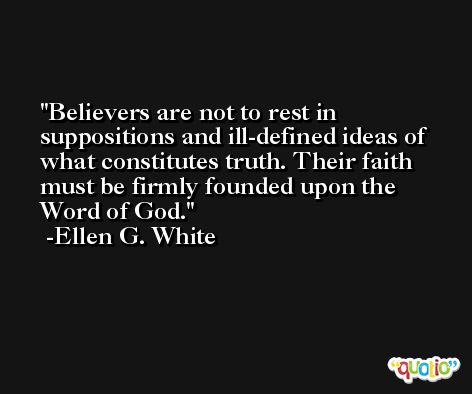 The words of the Bible, and the Bible alone, should be heard from the pulpit.

The Bible is our rule of faith and doctrine. 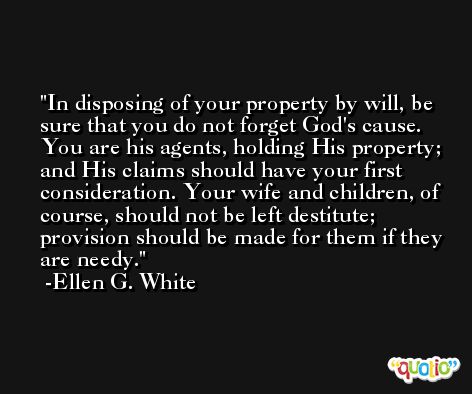