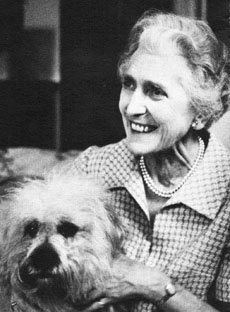 "Elizabeth de Beauchamp Goudge" FRSL was an English people/English author of novels, short stories and children's books as Elizabeth Goudge. She won the Carnegie Medal (literary award)/Carnegie Medal for British children's books in 1946 for The Little White Horse. She was a best-selling author in both the UK and the US from the 1930s through the 1970s.

Goudge gained renewed attention decades later. In 1993 one of her books was plagiarised by Indrani Aikath-Gyaltsen; the "new" novel set in India garnered rave reviews in both The New York Times and The Washington Post before its source was discovered. In 2001 or 2002 J. K. Rowling identified The Little White Horse as one of her favourite books and one of few with direct influence on the Harry Potter series.

If you enjoy these quotes, be sure to check out other famous writers! More Elizabeth Goudge on Wikipedia.

Most of the basic truths of life sound absurd at first hearing.

All we are asked to bear we can bear. 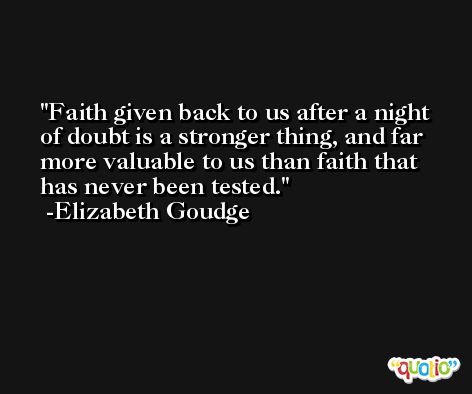