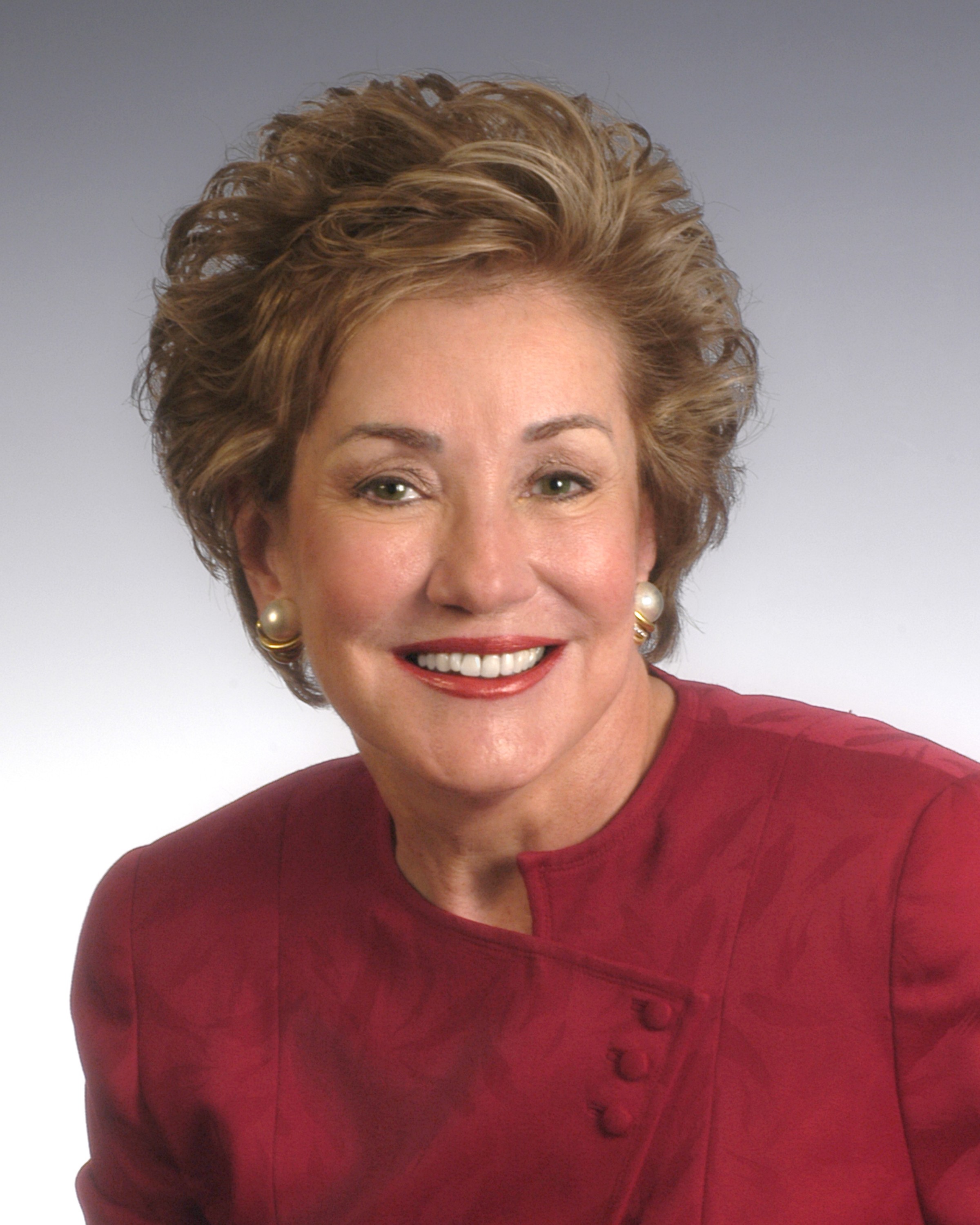 "Mary Elizabeth Alexander Hanford" ""Liddy"" "Dole" is an American politician who served in both the Ronald Reagan and George H. W. Bush president of the United States/presidential administrations, as well as a United States Senator.

If you enjoy these quotes, be sure to check out other famous politicians! More Elizabeth Dole on Wikipedia.

The terrorists know what is at stake, which is why they are pulling out all the stops to derail our efforts. They understand that a free and democratic Iraq is a serious blow to their interests.

Our ability to turn over control to a peaceful and sovereign Iraqi government is an integral part of the overall war on terror. 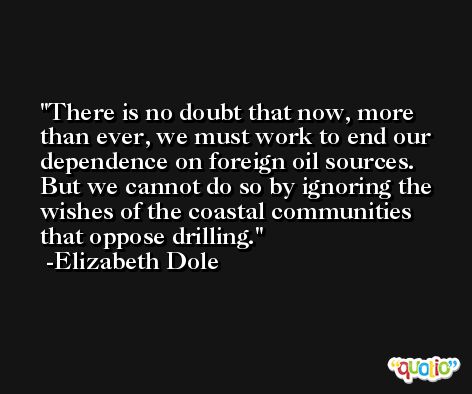 In liberating Iraq, we have rid the nation and the rest of the world from the danger of Saddam Hussein.

The very idea of freedom incites fear in the hearts of terrorists across the world. 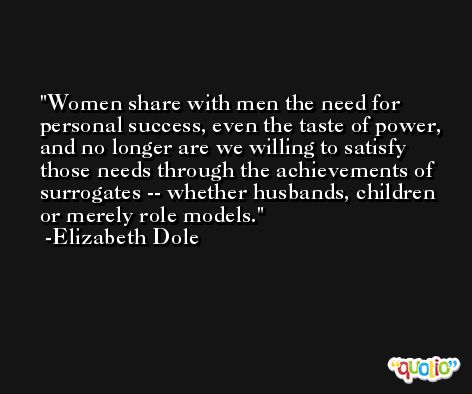 The United States is the leader of the free world.

What you always do before you make a decision is consult. The best public policy is made when you are listening to people who are going to be impacted. Then, once a policy is determined, you call on them to help you sell it. 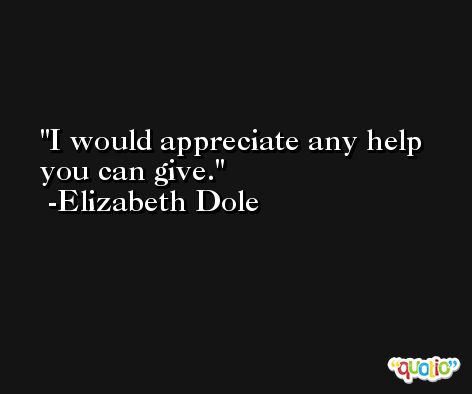