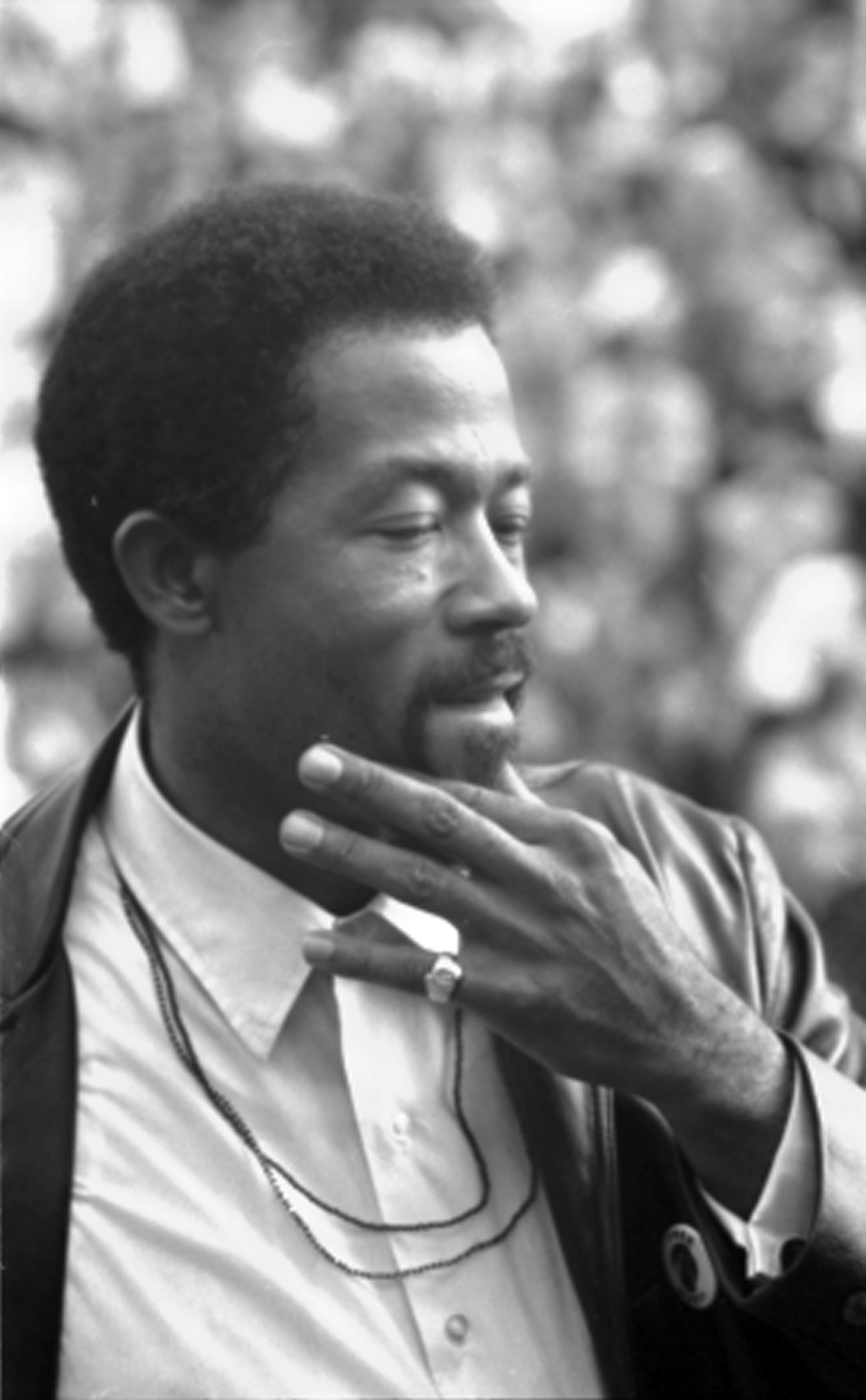 "Leroy Eldridge Cleaver", better known as "Eldridge Cleaver", was a writer, political activist, and convicted rapist who became an early leader of the Black Panther Party. His 1968 book Soul On Ice is a collection of essays, praised by The New York Times Book Review at the time of its publication as "brilliant and revealing".

Cleaver went on to become a prominent member of the Black Panthers, having the titles Minister of Information and Head of the International Section of the Panthers while a fugitive from the United States criminal justice system in Cuba and Algeria. As editor of the official Panther's newspaper, Cleaver's influence on the direction of the Party was rivaled only by founders Huey P. Newton and Bobby Seale. Cleaver and Newton eventually fell out with each other, resulting in a split that weakened the party.

A self-confessed serial rapist who specifically targeted white women, and reformed racist, Cleaver wrote in Soul on Ice: "If a man like Malcolm X could change and repudiate racism, if I myself and other former Muslims can change, if young whites can change, then there is hope for America."

What we're saying today is that you're either part of the solution or you're part of the problem. 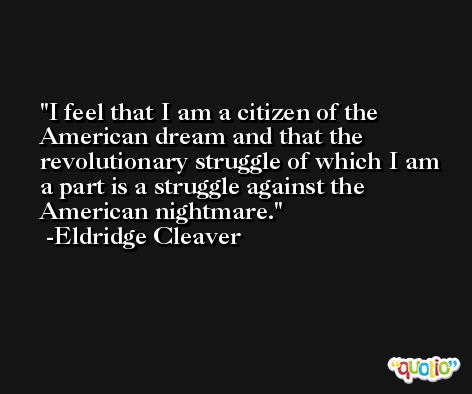 History could pass for a scarlet text, its jot and title graven red in human blood.

Too much agreement kills a chat. 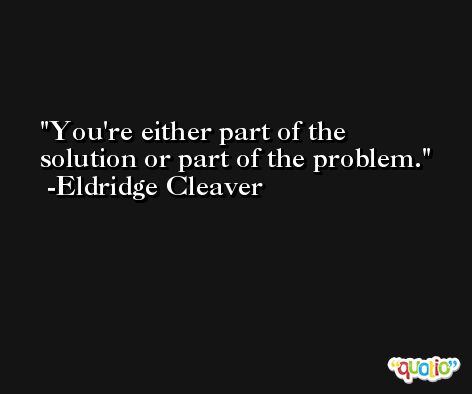 In prison, those things withheld from and denied to the prisoner become precisely what he wants most of all.

The price of hating other human beings is loving oneself less. 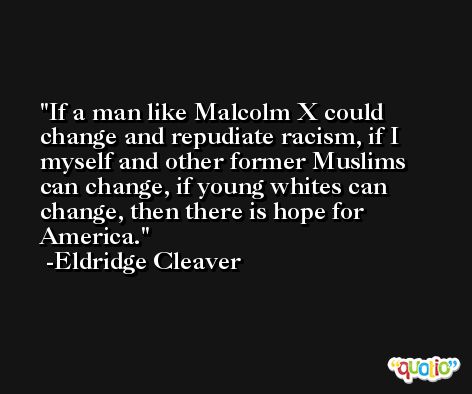