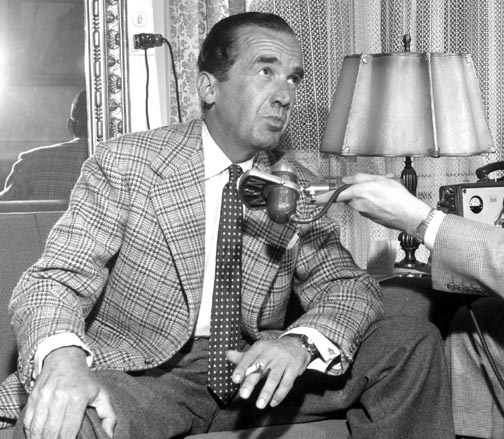 "Edward R. Murrow" was an American broadcast journalist. He first came to prominence with a series of radio news broadcasts during World War II, which were followed by millions of listeners in the United States.

A pioneer of television news broadcasting, Murrow produced a series of reports that helped lead to the censure of Senator Joseph McCarthy.

If you enjoy these quotes, be sure to check out other famous journalists! More Edward R. Murrow on Wikipedia.

We cannot defend liberty abroad by deserting it at home.

When the politicians complain that TV turns the proceedings into a circus, it should be made clear that the circus was already there, and that TV has merely demonstrated that not all the performers are well trained. 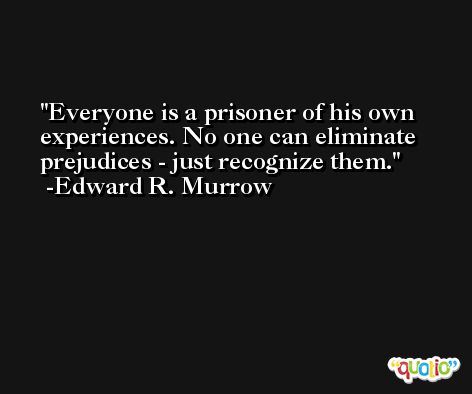 We must not confuse dissent with disloyalty. When the loyal opposition dies, I think the soul of America dies with it. 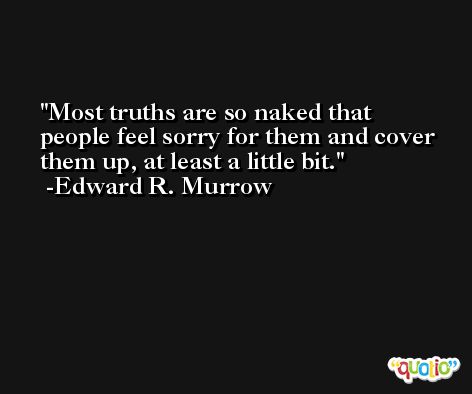 We will not walk in fear, one of another. We will not be driven into an age of unreason if we dig deep into our history and remember we are not descended from fearful men.

We cannot make good news out of bad practice. 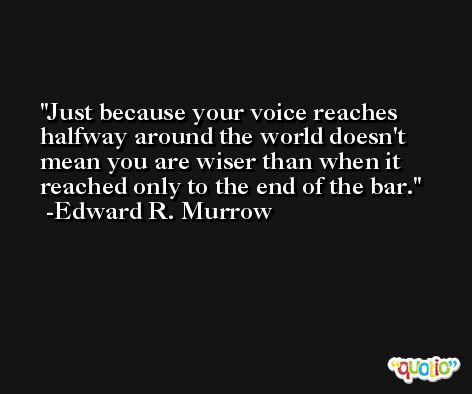 The speed of communications is wondrous to behold. It is also true that speed can multiply the distribution of information that we know to be untrue.

No one can terrorize a whole nation, unless we are all his accomplices. 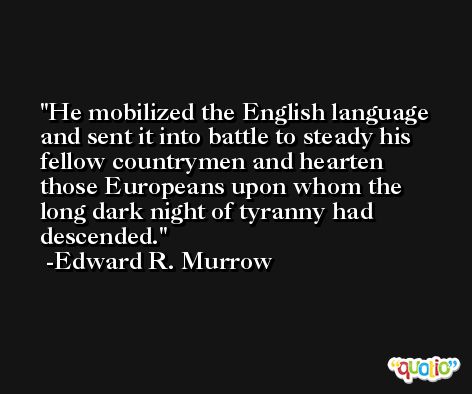 The obscure we see eventually. The completely obvious, it seems, takes longer. 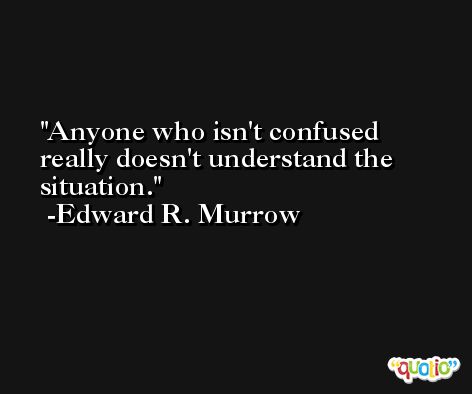