"Edward Franklin Albee III" is an American playwright who is known for works such as The Zoo Story (1958), The Sandbox (play)/The Sandbox (1959), Who's Afraid of Virginia Woolf? (1962), and a rewrite of the book for the unsuccessful musical Breakfast at Tiffany's (musical)/Breakfast at Tiffany's (1966), an adaptation of Truman Capote's 1958 Breakfast at Tiffany's (novella)/novella of the same name. His works are considered well-crafted, often unsympathetic examinations of the modern condition. His early works reflect a mastery and Americanization of the Theatre of the Absurd that found its peak in works by European playwrights such as Samuel Beckett, Eugène Ionesco, and Jean Genet. Younger American playwrights, such as Paula Vogel, credit Albee's daring mix of theatricality and biting dialogue with helping to reinvent the post-war American theatre in the early 1960s. Albee continues to experiment in works such as The Goat, or Who Is Sylvia? (2002).

If you enjoy these quotes, be sure to check out other famous dramatists! More Edward Albee on Wikipedia.

The difference between critics and audiences is that one is a group of humans and one is not.

Your source material is the people you know, not those you don't know, but every character is an extension of the author's own personality. 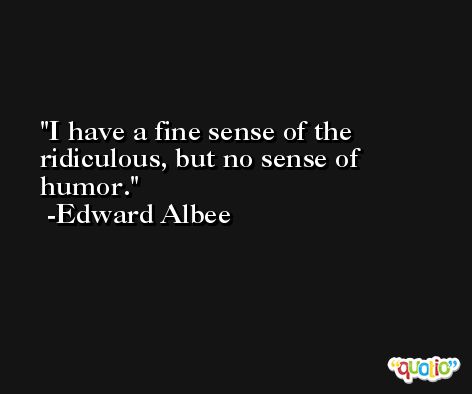 A play is fiction-and fiction is fact distilled into truth.

Sometimes it's necessary to go a long distance out of the way in order to come back a short distance correctly. 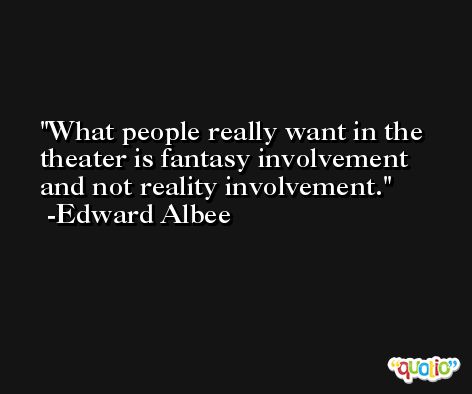 If Attila the Hun were alive today, he'd be a drama critic.