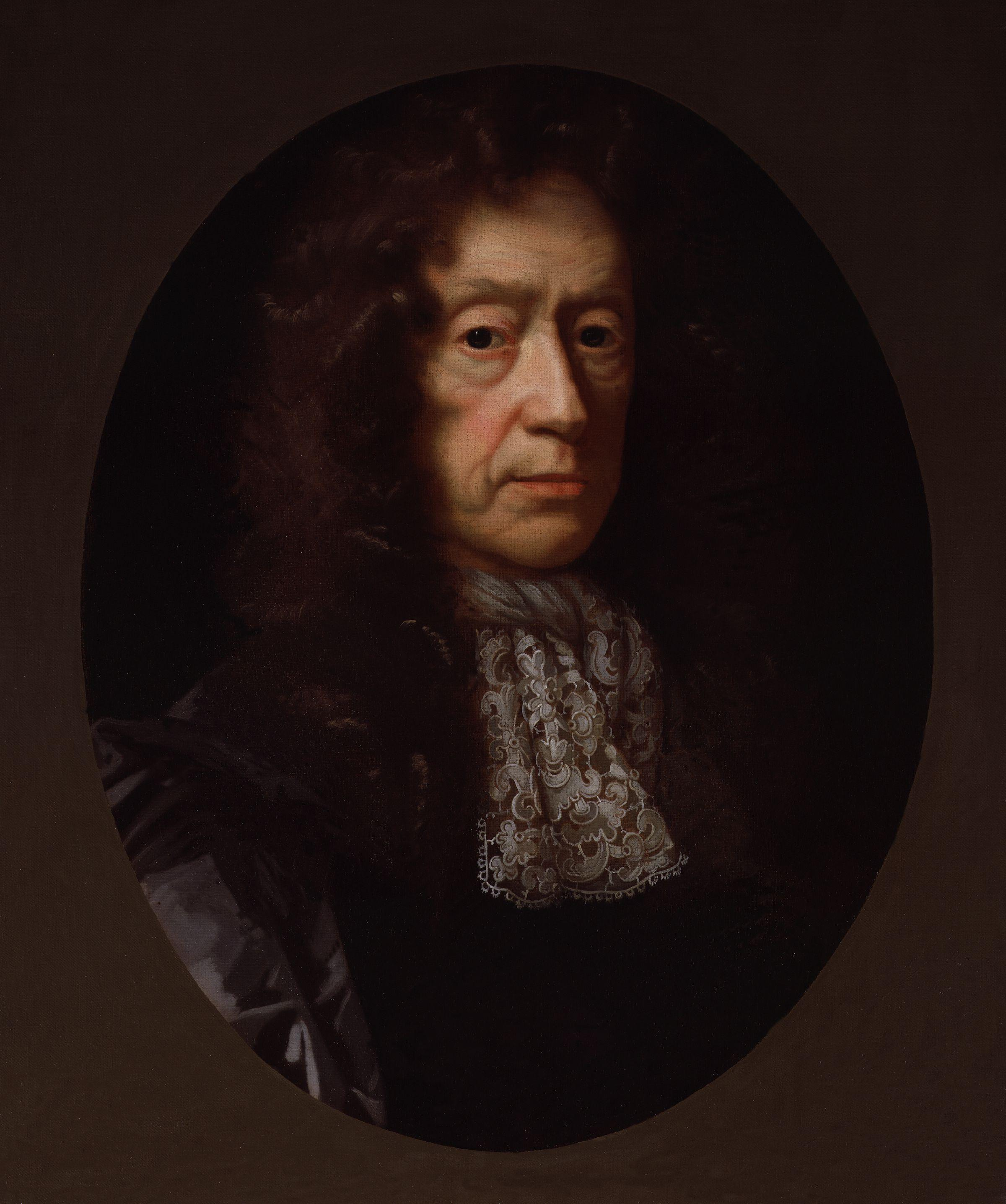 "Edmund Waller", Fellow of the Royal Society/FRS was an English poet and politician who sat in the House of Commons of England/House of Commons at various times between 1624 and 1679.

He was educated at Eton and King's College, Cambridge. He entered Parliament early and was at first an active member of the opposition. In 1631 he married a London heiress who died in 1634. Later he became a Royalist, and in 1643 w a s leader in a plot to seize London for Charles I. For this he was imprisoned, fined, and banished. He made his peace with *Cromwell in 1651, returned to England, and was restored to favour at the Restoration.

If you enjoy these quotes, be sure to check out other famous poets! More Edmund Waller on Wikipedia.

Circle are praised, not that abound, In largeness, but the exactly round. 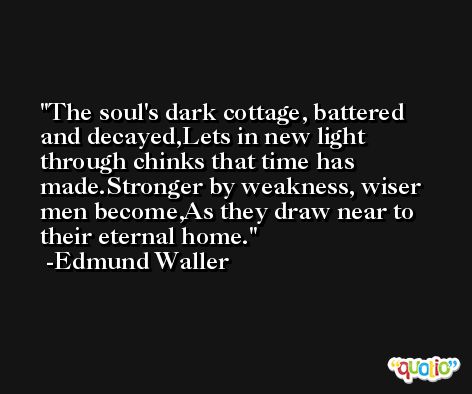 The fear of hell, or aiming to be blest, savors too much of private interest.

Vexed sailors cursed the rain, for which poor shepherds prayed in vain. 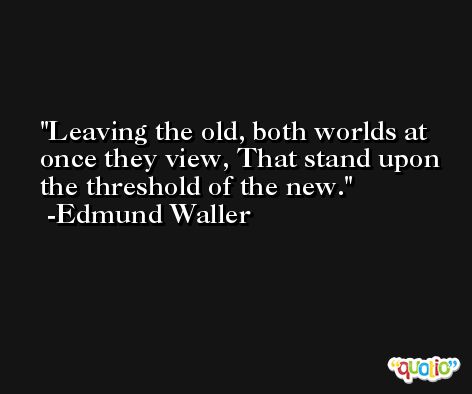 Illustrious acts high raptures do infuse, And every conqueror creates a muse.

And as pale sickness does invade, Your frailer part, the breaches made, In that fair lodging still more clear, Make the bright guest, your soul, appear. 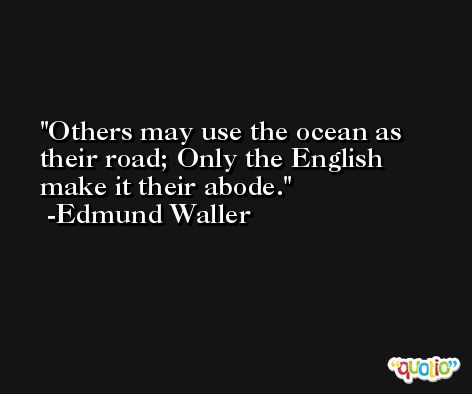