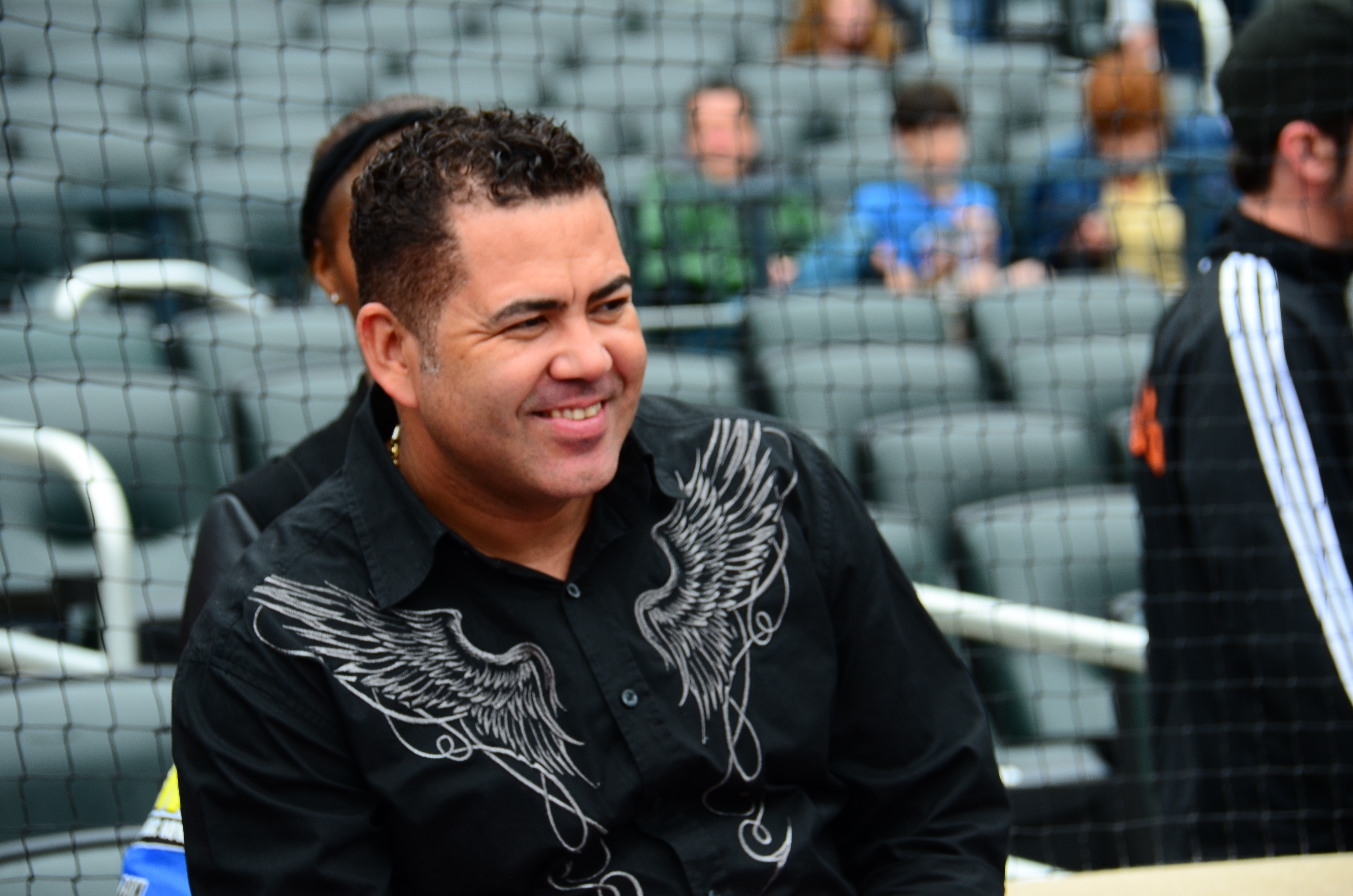 "Edgardo Antonio Alfonzo" a.k.a. "Fonzie" is a former Major League Baseball infielder who is currently a coach for the Brooklyn Cyclones. He bats and throws right-handed, and is tall and weighs . Alfonzo has worn the number 13 since his Major League debut, however switched to the number 12 in March giving former teammate, and former San Francisco Giants shortstop, Omar Vizquel the number 13 to honor not only the longevity of Vizquel wearing the number, but also because the wearing the number 13 is a term of respect and honor to Alfonzo and Vizquel's fellow countryman Dave Concepción (all three from Venezuela). Alfonzo also wore the number 12 through some of his career with the New York Mets.

The umpires are closer than we are. We tried to see the replay, but it was tough to tell.

It's just plain racism, ... What else can you call it? It's not like all 25 players are Latinos, so you can't blame it all on the Latino players. It's just stupidity. It's definitely sad that there are still stupid people like that guy out there. 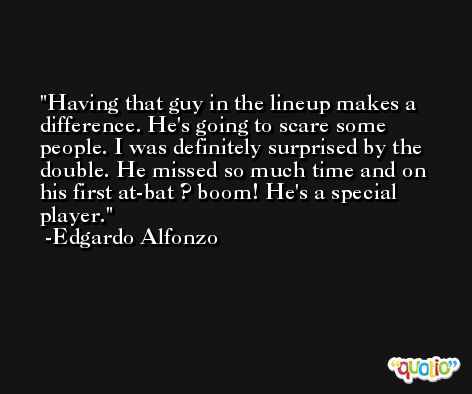 I have to talk with my wife about it, but I'm 90 percent sure I need to go play, ... If I stay (with the Giants), I guess I have to play harder and work harder to recover that playing time I lost.

I don't know what he has to prove, ... He's an everyday player, and they need to play him at one position. Confidence is very important for him, and I think that would give him confidence. I don't know why they're waiting to make him an everyday guy. 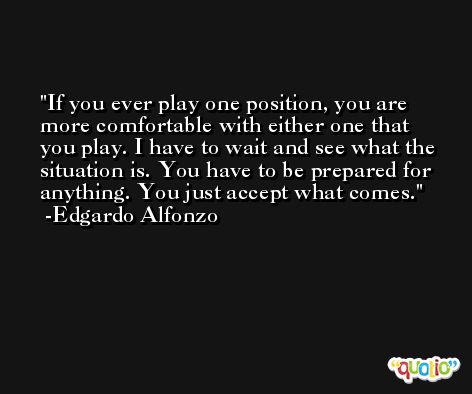 I look forward to the opportunities when they come. The baseball is little more interesting because of the DH. It is a power league.