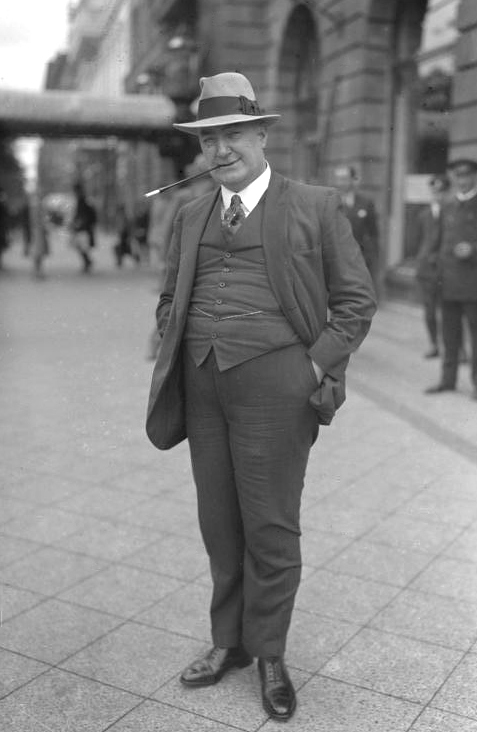 Born into poverty as an illegitimate London child, Wallace left school at 12. He joined the army at 21 and was a war correspondent during the Second Boer War for Reuters and the Daily Mail. Struggling with debt, he left South Africa, returned to London and began writing thrillers to raise income, publishing books including The Four Just Men (novel)/The Four Just Men (1905). Drawing on time as a reporter in the Congo, covering Leopold II of Belgium#Exploitation and atrocities/the Belgian atrocities, Wallace serialised short stories in magazines, later publishing collections such as Sanders of the River (1911). He signed with Hodder and Stoughton in 1921 and became an internationally recognised author.

If you enjoy these quotes, be sure to check out other famous writers! More Edgar Wallace on Wikipedia.

An intellectual is someone who has found something more interesting than sex.