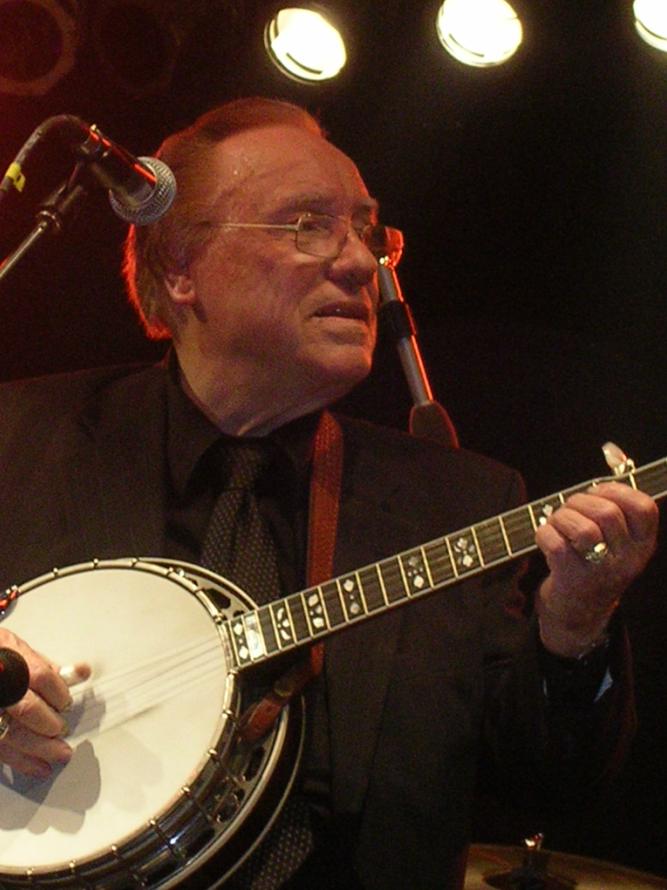 "Earl Eugene Scruggs" was an American musician noted for perfecting and popularizing a three-finger banjo-picking style (now called "Scruggs style") that is a defining characteristic of bluegrass music.

Although other musicians had played in three-finger style before him, Scruggs shot to prominence when he was hired by Bill Monroe to fill the banjo slot in his group, Blue Grass Boys/The Blue Grass Boys. He later reached a mainstream audience through his performance of "The Ballad of Jed Clampett", the theme for the network television hit The Beverly Hillbillies, in the early 1960s.

If you enjoy these quotes, be sure to check out other famous musicians! More Earl Scruggs on Wikipedia.

I know she would want me to still do what I'm doing, because she kept me going a lot of times when I'd almost lose interest in getting out on the road.

That was one of the best, exciting things for me to play with them. They were very young and eager to go. I'd been playing with a band that was mostly old folks that had been together so long we couldn't do anything to excite each other. 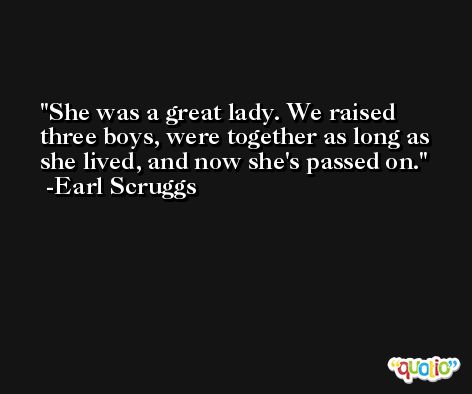