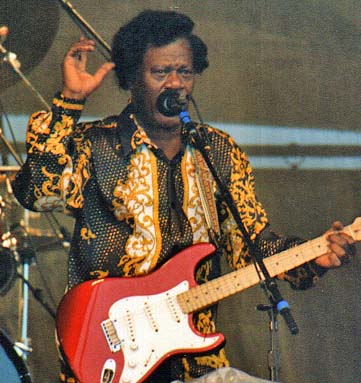 "Earl King" was an American singer, guitarist, and songwriter, most active in blues music. A composer of well known standards such as "Come On (Earl King song)/Come On" (covered by Jimi Hendrix and Stevie Ray Vaughan) and Professor Longhair's "Big Chief", he is an important figure in New Orleans R&B music.

You go out of the driveway and you can't see oncoming traffic. It's tough for both pedestrian and vehicles when those trucks are there.