"Earl Orlin Anderson" is a retired professional ice hockey player who played 109 regular games in the National Hockey League for the Boston Bruins and Detroit Red Wings between 1973 and 1977. His career was cut short by injuries. Anderson was also a member of the United States national team at the 1973 Ice Hockey World Championship tournament.

We liberated 24 cases of Scotch.

I'm happy to be here. My mother's prayers were answered. 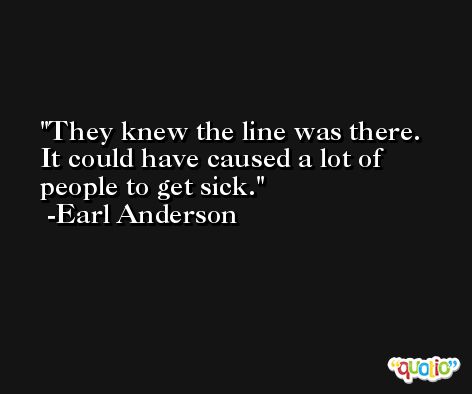