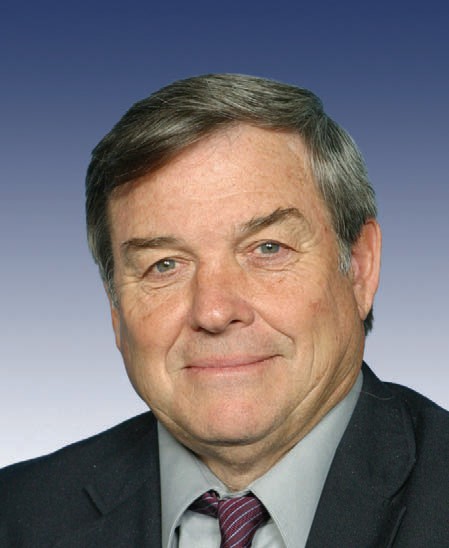 He was succeeded as Representative for the 52nd district by his son, Duncan D. Hunter.

If you enjoy these quotes, be sure to check out other famous politicians! More Duncan Hunter on Wikipedia.

This legislation implements appropriate and necessary solutions to many of our nation's immigration problems.

There already is a present law against torture. 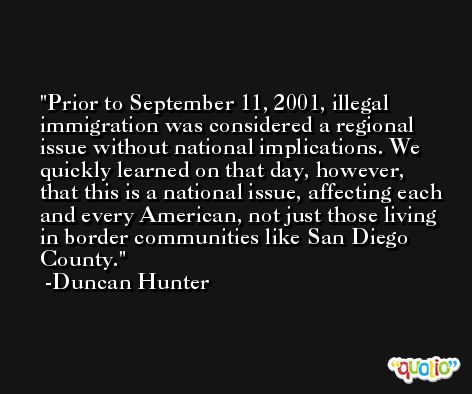 Our troops deserve nothing less than the best possible protection. They need to know that not only is the best equipment being provided to them, but that it is being done in a timely manner.

You don't see the choices, ... What you see are the results of a winnowing process. 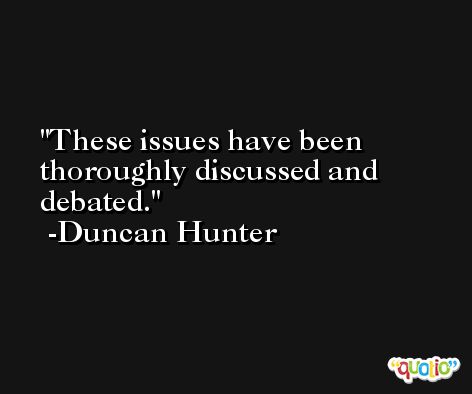 We'll take a look at how the provisions mesh with existing law and we'll attempt to shape a bill that does the right things in protecting our troops and, at the same time, ensuring that detainees are treated appropriately.

We, his remaining friends, have spent the last day with Duke praying and talking about a new chapter in Duke's life, a chapter of service to God. 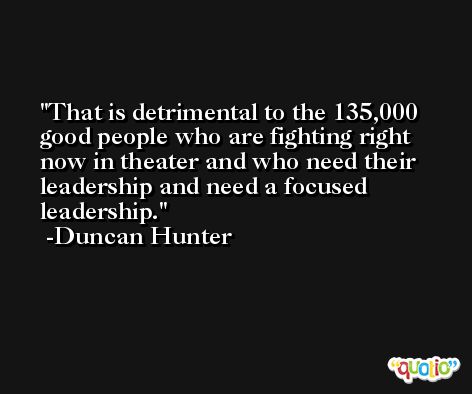