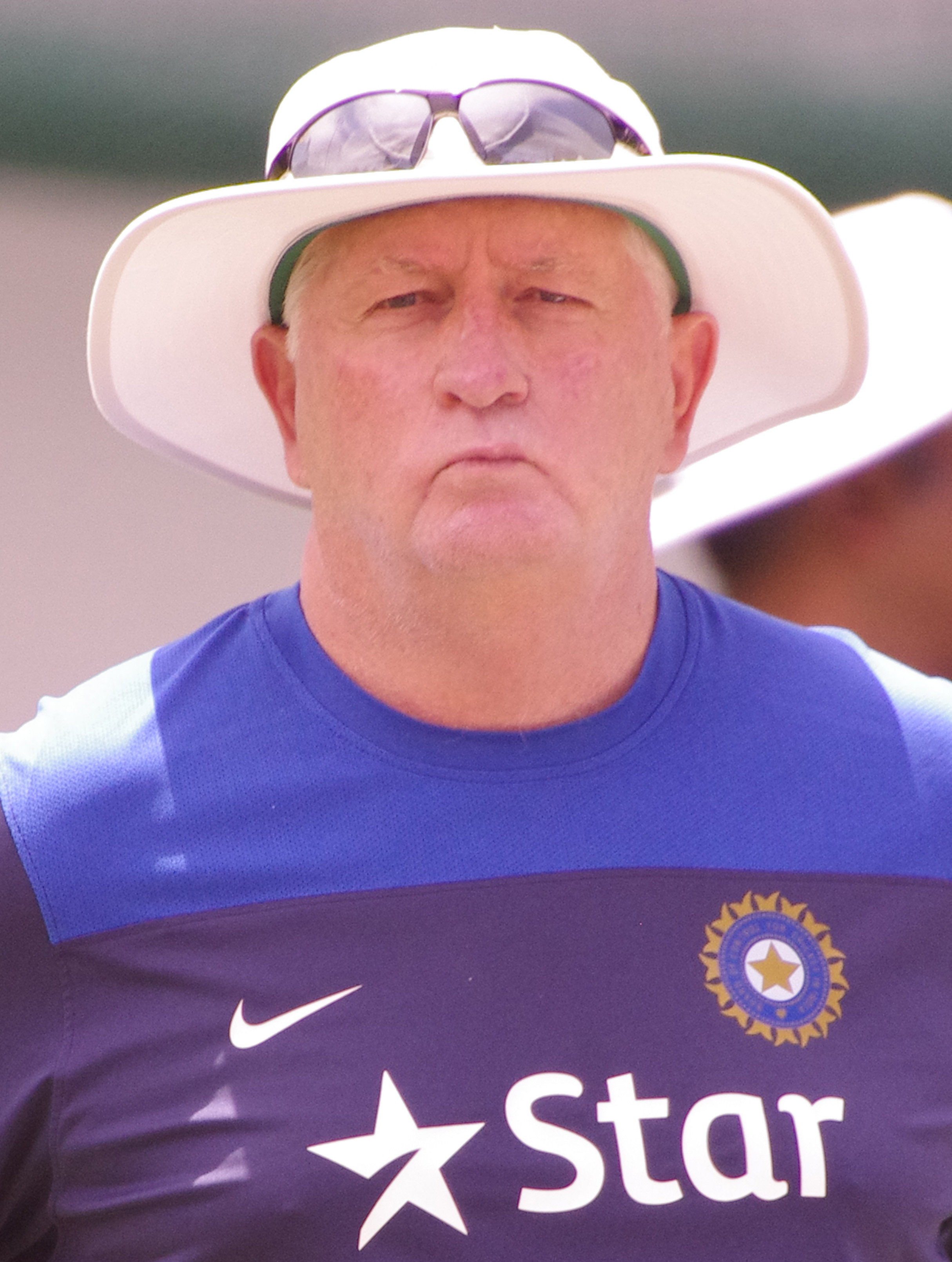 "Duncan Andrew Gwynne Fletcher" is a Zimbabwean ex-cricketer and the current coach of the Indian cricket team.

He was the coach of the England cricket team from 1999-2007, and is credited with the resurgence of the England team in Test cricket in the early years of the 2000s.

We had to treat him with kid gloves, just say half-pace, and today he looked pretty effective out there.

The one area we've got to work on is the batters. They've got to show a little more patience [than in Pakistan]. 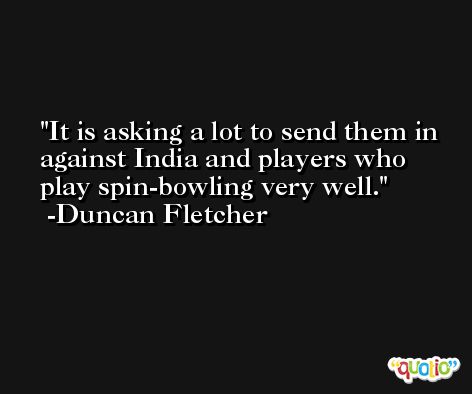 It's good news. I got it through on the phone this morning by text.

We needed Simon Jones's type of bowling which balances our bowling attack. 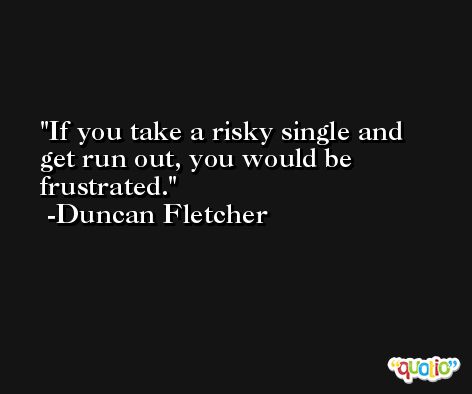 Many people thought we hadn't played against strong opposition, but we came out and proved it. 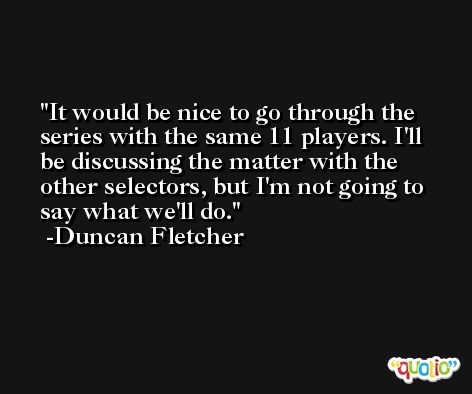