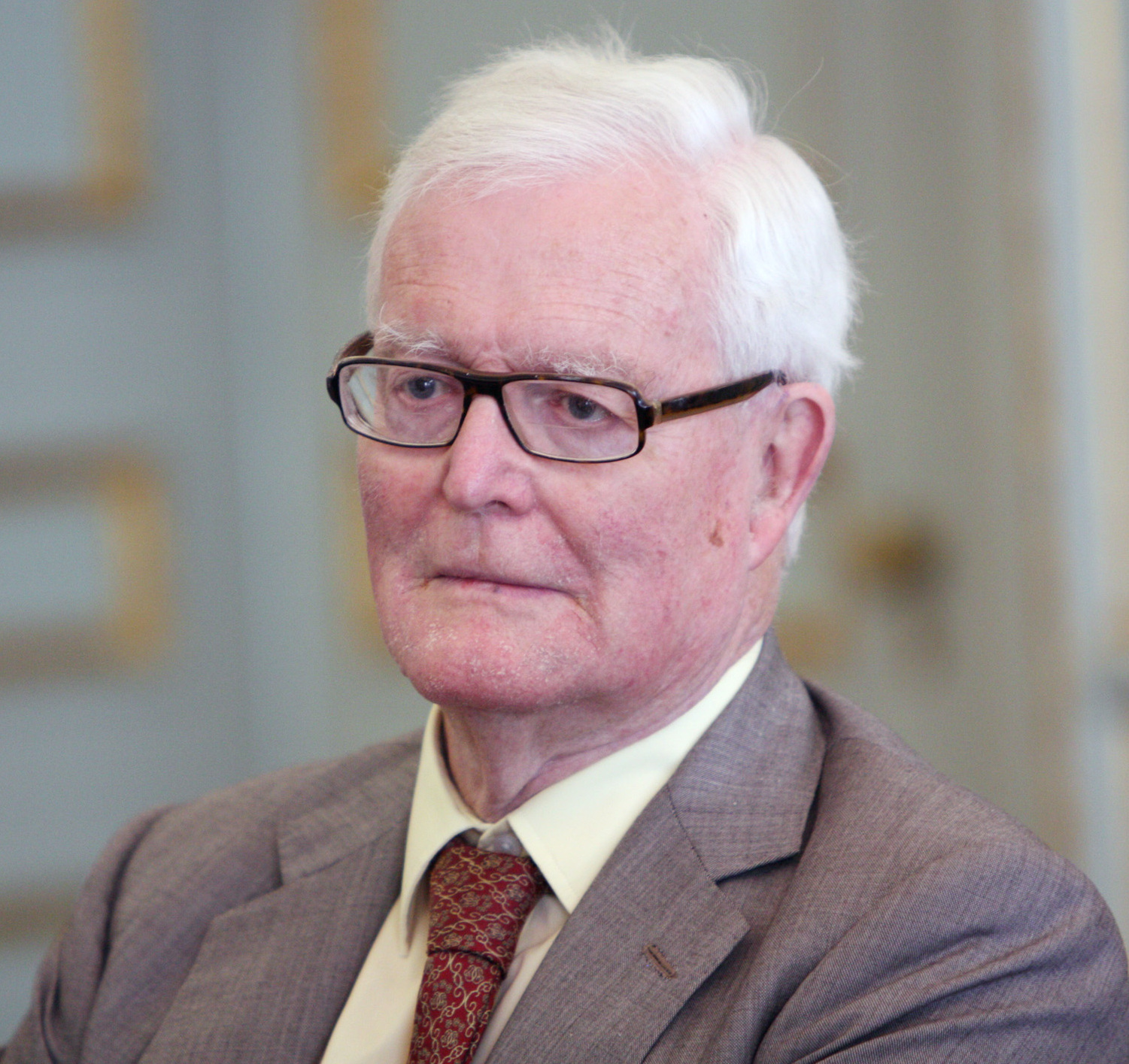 "Douglas Richard Hurd, Baron Hurd of Westwell", Order of the Companions of Honour/CH, Order of the British Empire/CBE, Her Majesty's Most Honourable Privy Council/PC, is a British Conservative Party (UK)/Conservative politician and novelist, who served in the governments of Margaret Thatcher and John Major between 1979 and his retirement in 1995.

Born in the market town of Marlborough, Wiltshire/Marlborough in Wiltshire, Hurd first entered Parliament in United Kingdom general election, February 1974/February 1974, as MP for the Mid Oxfordshire (UK Parliament constituency)/Mid Oxfordshire constituency (Witney (UK Parliament constituency)/Witney from 1983). His first government post was as Minister for Europe, from 1979-83 (being that office's inaugural holder), and served in several Cabinet roles from 1984 onwards, including Secretary of State for Northern Ireland (1984–85), Home Secretary (1985–89) and Secretary of State for Foreign and Commonwealth Affairs/Foreign Secretary (1989–95). He stood unsuccessfully for the Conservative Party (UK) leadership election, 1990/Conservative Party leadership in 1990, but retired from frontline politics during a Cabinet reshuffle in 1995.

If you enjoy these quotes, be sure to check out other famous politicians! More Douglas Hurd on Wikipedia.

While hard work remains ahead of us, our efforts are starting to show results.

I do not envy the British Cabinet or the Bush administration their choice. 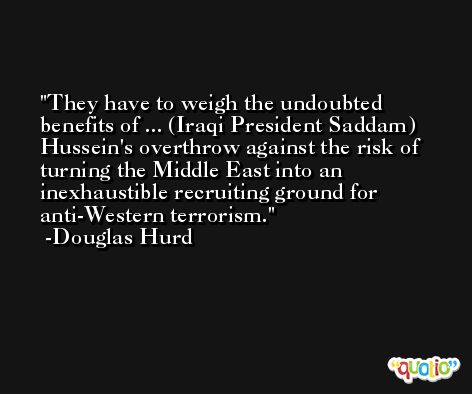