In 2007, Doug Parker plead guilty to his third DUI and was sentenced to 1 day in prison. After his conviction, shareholders questioned if the company should have disclosed Parker's two previous DUI arrests.

The biggest news from our third quarter 2005 was the completion of the US Airways/America West merger, and obviously our third-quarter results do not yet include any of the expected positive effects from that merger.

We are here to celebrate the upcoming merger along with honoring the past of two great airlines. The merger is proceeding well and we anticipate closing the deal in late September or early October. 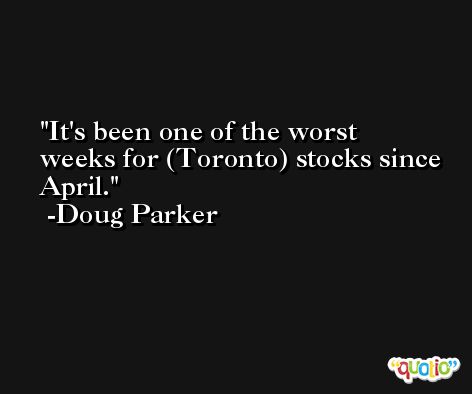 The issue here is we haven't been operating a reliable airline. We have been working as hard as we possibly could to figure out what the issues were and to get them addressed.

He's still on the streets of New Orleans, hasn't had a shower since Monday. 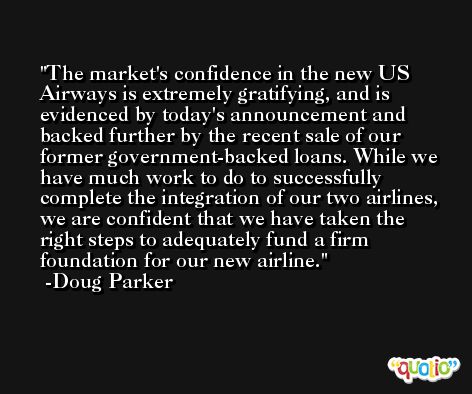 It's taken us some time to truly understand what is needed to do it.

The weakness has been largely concentrated in the technology sector. 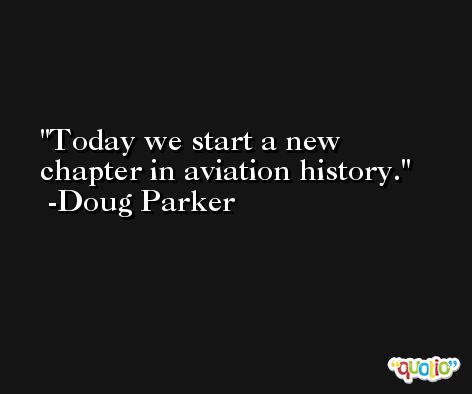