"Doug Larson" was a columnist and editor for the List of newspapers in Wisconsin/Door County Advocate (1953-1964) and wrote a daily column for the Green Bay Press-Gazette (1964-1988) — both Wisconsin-based newspapers. The column was originally syndicated through United Media under the title "Senator Soaper Says"; Larson took over authorship in 1980. Previously, it had been written by William E. Vaughan/Bill Vaughn of the Kansas City Star. If you enjoy these quotes, be sure to check out other famous cartoonists! More Doug Larson on Wikipedia.

Few things are more satisfying than seeing your own children have teenagers of their own.

The surprising thing about young fools is how many survive to become old fools. 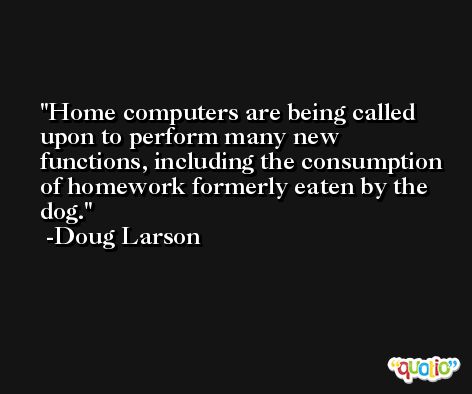 Wisdom is the quality that keeps you from getting into situations where you need it.

A lot of people mistake a short memory for a clear conscience. 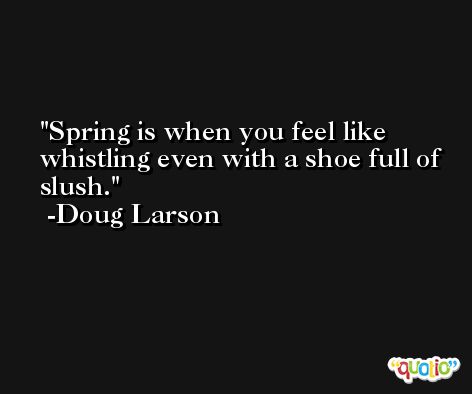 If the English language made any sense, a catastrophe would be an apostrophe with fur.

The aging process has you firmly in its grasp if you never get the urge to throw a snowball. 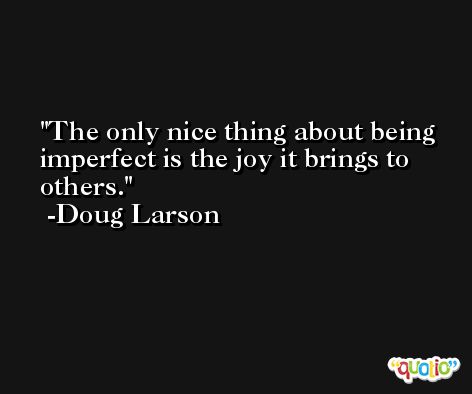 What some people mistake for the high cost of living is really the cost of high living.

Wisdom is the reward you get for a lifetime of listening when you'd have preferred to talk. 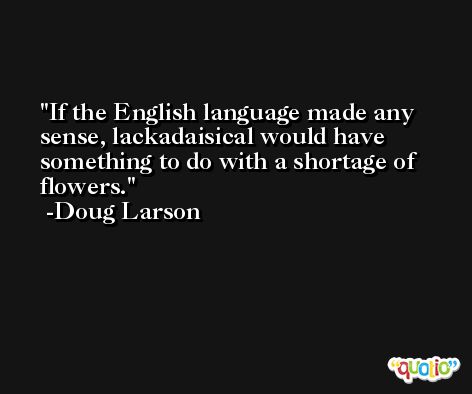 If people concentrated on the really important things in life, there'd be a shortage of fishing poles.

Instead of giving a politician the keys to the city, it might be better to change the locks. 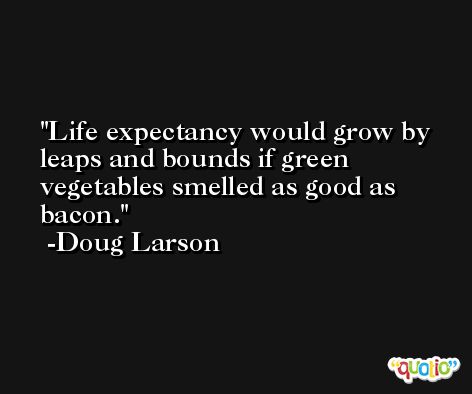 Some of the world's greatest feats were accomplished by people not smart enought to know they were impossible. 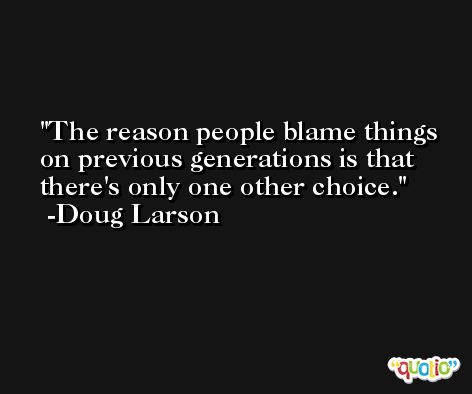 The cat could very well be man's best friend but would never stoop to admitting it.

Accomplishing the impossible means only that the boss will add it to your regular duties.