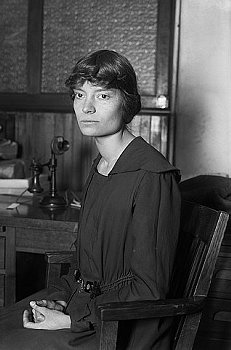 "Dorothy Day", Oblate/Obl.O.S.B. was an United States/American journalist, social activist, and devout Catholic Church/Catholic convert. She advocated the Catholic economic theory of distributism. In the 1930s, Day worked closely with fellow activist Peter Maurin to establish the Catholic Worker Movement, a pacifist movement that continues to combine direct aid for the poor and homeless with nonviolent direct action on their behalf. She served as editor of the Catholic Worker newspaper from 1933 until her death in 1980.

The Catholic Church has opened the cause for Day's canonization and therefore refers to her with the title Servant of God.

If you enjoy these quotes, be sure to check out other famous activists! More Dorothy Day on Wikipedia.

I have long since come to believe that people never mean half of what they say, and that it is best to disregard their talk and judge only their actions.

We have all known the long loneliness, and we have found that the answer is community. 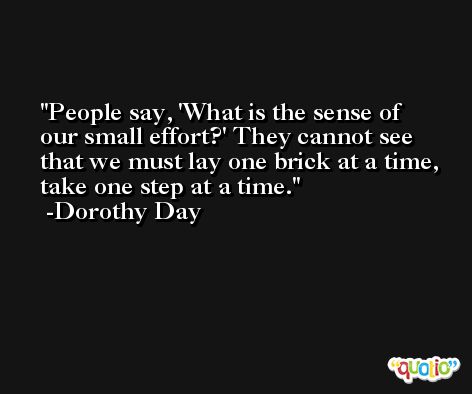 We have all known the long loneliness and we have learned that the only solution is love and that love comes with community.

Don't call me a saint. I don't want to be dismissed so easily. 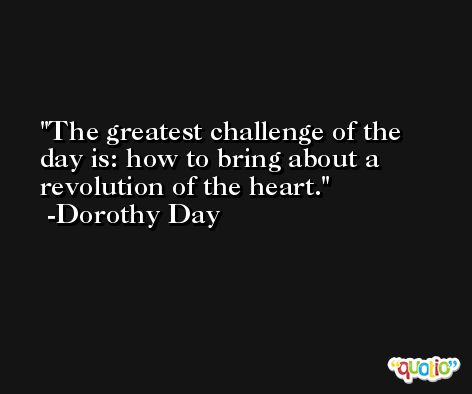 Tradition! We scarcely know the word anymore. We are afraid to be either proud of our ancestors or ashamed of them. We scorn nobility in name and in fact. We cling to a bourgeois mediocrity which would make it appear we are all Americans, made in the image and likeness of George Washington.