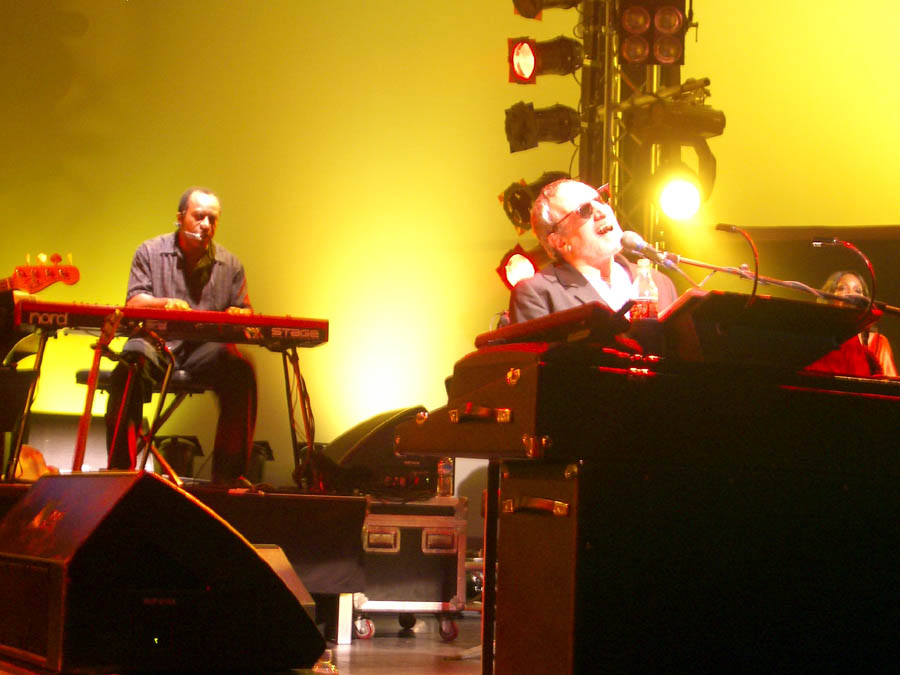 "Donald Jay Fagen" is an American musician and songwriter, best known as the co-founder (along with partner Walter Becker) and lead singer of the rock band Steely Dan.

Following the initial breakup of Steely Dan in 1981, he launched a long-running, if sporadic, solo career in 1982, spawning four albums to date. The fourth album, Sunken Condos, was released on October 16, 2012. In 1993, Fagen and Becker reunited and have since toured and released albums as Steely Dan.

If you enjoy these quotes, be sure to check out other famous musicians! More Donald Fagen on Wikipedia.

As jazz fans, it was amusing for us to play jazz harmonies on these big, ugly electric guitars.

That was one of the elements. Just getting older and also I'm a New Yorker, so 9-11 on a broader level had something to do with it. I work as I go so I have a file of things that go back a few years and I think probably the last Steely Dan album, (2003's) Everything Must Go, had some things on this theme, too. But this is on a more personal level. 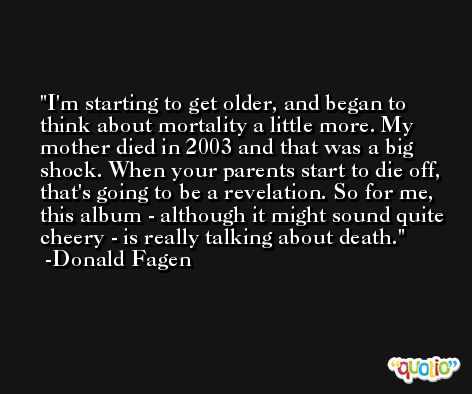 It's great to know that our old stuff still sounds good to our fans, just as it's wonderful to think that we've turned a few people on to jazz over the years.

Mortality! It's intimations of mortality. I'm 58, and by that time, more people you know have died. My mother died a few years ago. And being a New Yorker, 9/11 had a lot to do with the mood of the city. 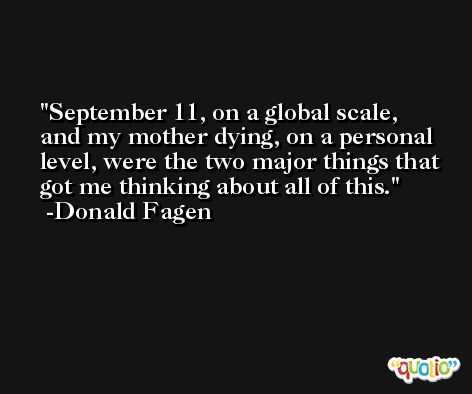