"Donald "Don" Kennedy" is a radio, TV personality and voice talent whose career began in the late 1940s with a radio announcer spot on PA station WPIC.

In the mid-1950s, Kennedy was a contributor to NBC's Monitor (NBC Radio)/Monitor radio show where he developed several features, including one about a local character known as the Goat Man.

He is remembered as Officer Don, the host of the long-running Atlanta children's TV show The Popeye Club (1956 to 1970). During his time at the Popeye Club, Kennedy established WWPW/WKLS, an FM Atlanta radio station, serving as station President and General Manager. It's rumored that the K in the call letters was for his last name.

He is most currently known for his voicework playing Tansit in Space Ghost Coast to Coast, and several characters on The Brak Show and Aqua Teen Hunger Force. He began hosting Big Band Jump, an internationally-syndicated radio show devoted to music from the Big Band era, in 1986. He later added a second syndicated program, the self-titled "Don Kennedy Show," that featured general pop vocals and instrumentals from the 1940s through the 1970s, as well as modern renditions from the Great American Songbook.

It's a recipe for disaster because the airplane is different enough that it really does require special training.

Some of those pilots were very high-time pilots, with the best airline transport rating, which is the highest license a pilot can have, ... Some of them were only transport pilots with many thousands of hours of flying time that could not manage to fly this airplane. 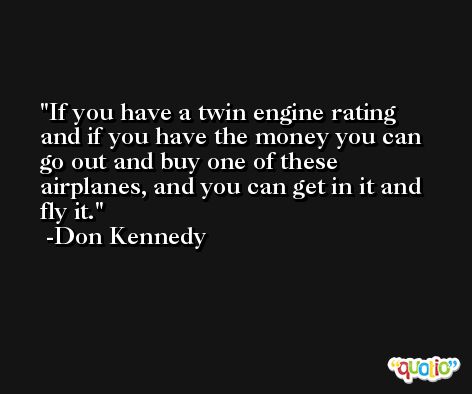 It's a dangerous airplane. Aerodynamically, it's a very unusual airplane.

With ailerons, you have one aileron goes down and one goes up and what that does is redistribute the lift on the wing, ... The downgoing aileron increases the lift, the upgoing decreases the lift but the overall lift of the airplane is unchanged. 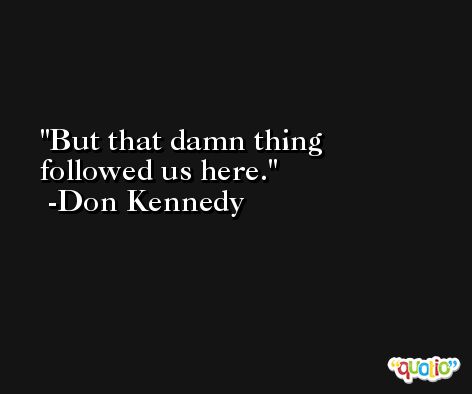 The only airplanes I know of that use spoilers for roll control alone are some military aircraft.

Sandro definitely brought a lot of ideas to what we're doing, and helped with the cohesiveness of the album. It's really good to have an outside perspective in deciding things like which songs to keep and knowing when they're complete. 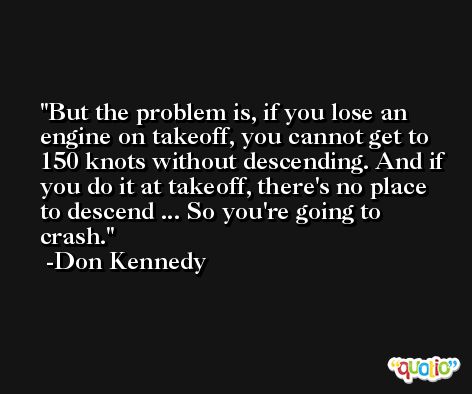