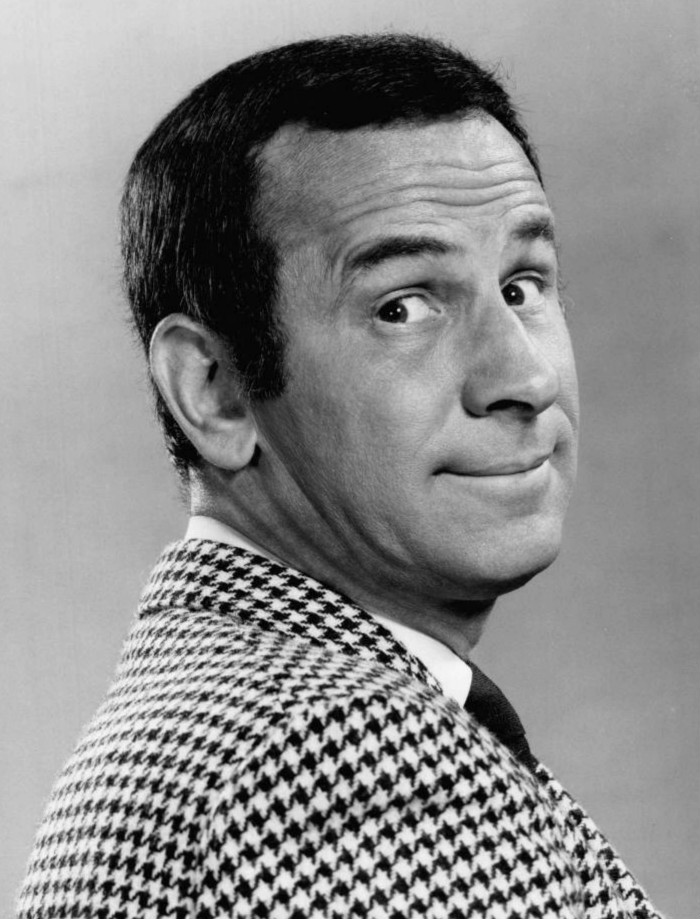 "Don Adams" was an American actor, comedian and Film director/director. In his five decades on television, he was best known as Get Smart#Characters/Maxwell Smart (Agent 86) in the television situation comedy Get Smart (1965–70, 1995), which he also sometimes directed and wrote. Adams won three consecutive Emmy Awards for his portrayal of Smart (1967–69). He provided the voices for the animated series Tennessee Tuxedo and His Tales (1963–66) and Inspector Gadget (1983–86) and Inspector Gadget's Field Trip (1996) as their title character until 1999.

If you enjoy these quotes, be sure to check out other famous comedians! More Don Adams on Wikipedia.

But it also hindered me career-wise because I was typed. Nobody could picture me in any other type of role.

Sometimes I wonder how I got into comedy at all. I did movie star impressions as a kid in high school. Somehow they just got out of hand. 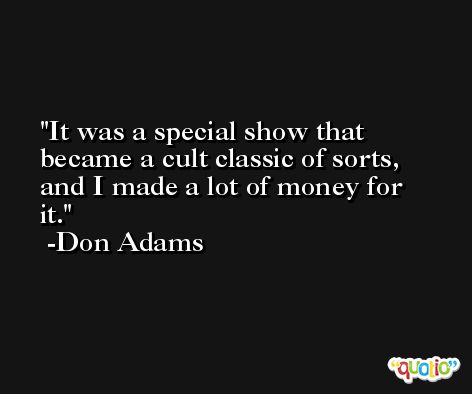 I asked you not to tell me that. 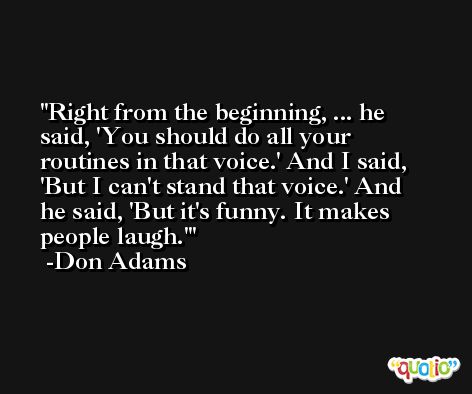 From the outside looking in, this team has the potential to win right away, ... I can't wait to get started. I will hit the round running. I will work very hard.

Missed by that much! 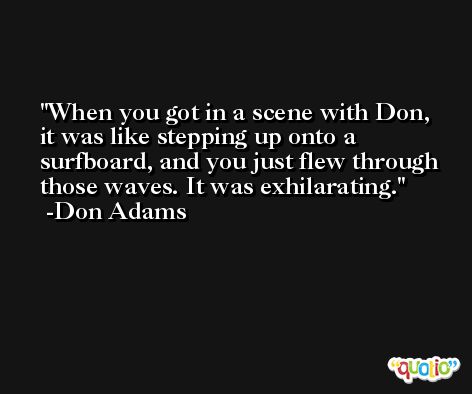