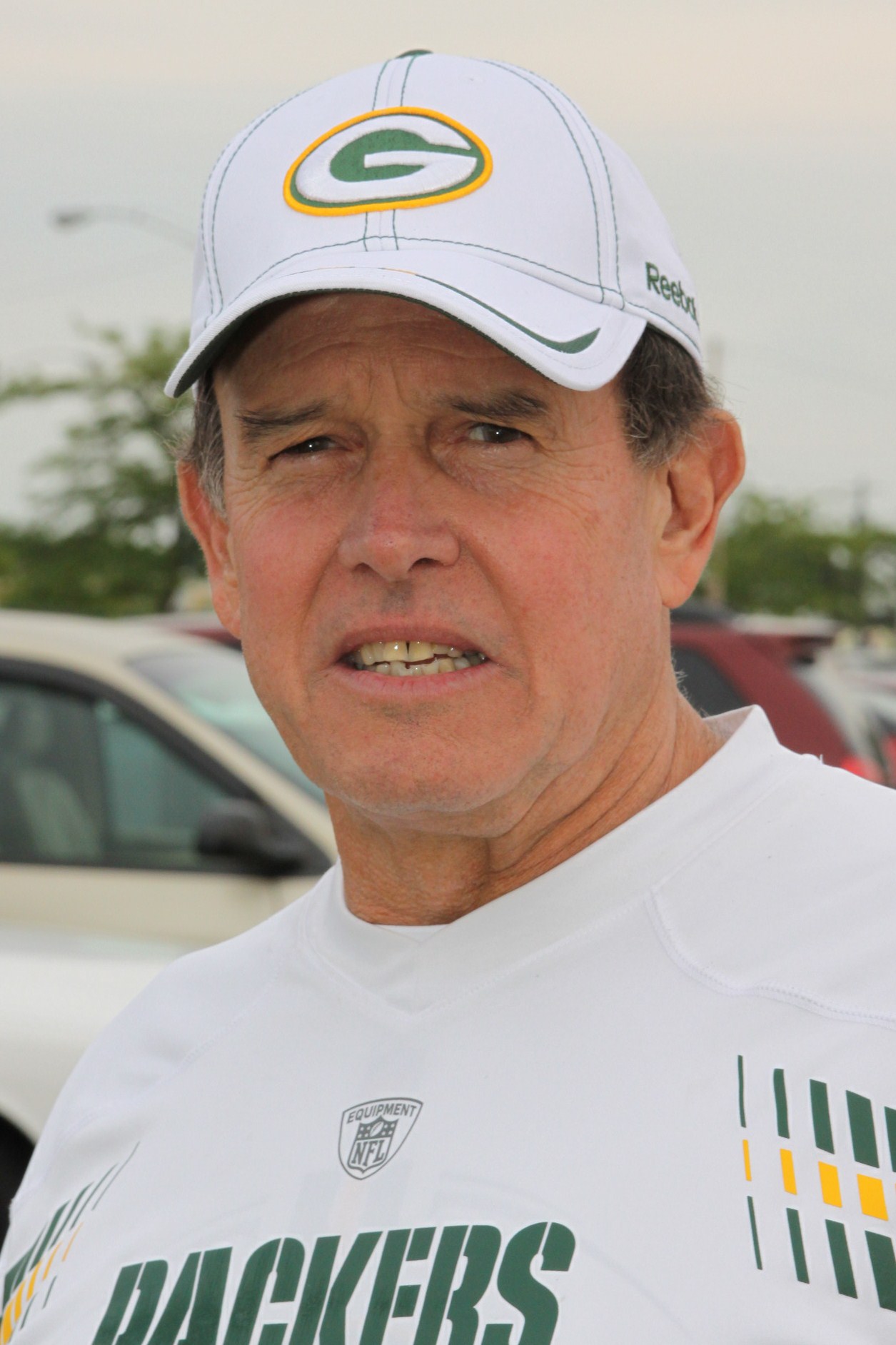 "Ernest Dominic "Dom" Capers" is an American football coach. He is the current defensive coordinator for the Green Bay Packers of the National Football League (NFL). Capers served as the head coach for the NFL's Carolina Panthers from 1995 and 1998 and for the Houston Texans from 2002 to 2005. He is only man to serve two different NFL expansion teams as their inaugural head coach.

There's no question in my mind we have more playmaking ability on our special teams than we've had at any point.

The challenge this week is that we're playing against the No. 1 defense from last season. When the players come back to work Wednesday, they'll be zeroing in on the Steelers. We'll be focused on what we need to do to be more efficient. 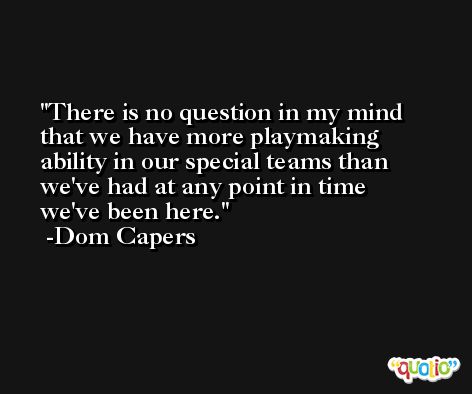 You look at Pittsburgh and New England. Normally, this is a copycat league. When teams are having success, people are always going to study what they are doing. I also think things go in cycles ... I think it swung back the other way a little bit.

I think what it comes down to, no matter what defense you're in, it's a matter of players going out and making plays. I think many times (the scheme) is overrated. 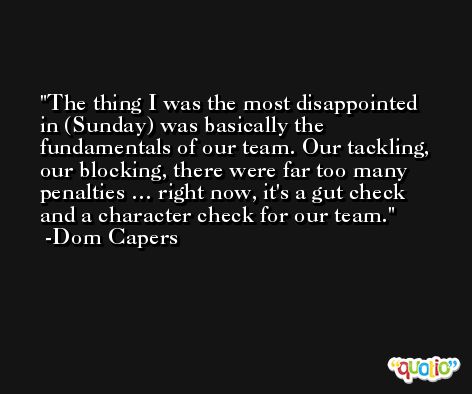 You put yourself in such a hole and give up that much hidden yardage. You can't do that and expect to win in the NFL.

From that point on, we really didn't get a lot done. We're going to have to take a good look at it as we go through the preseason process.