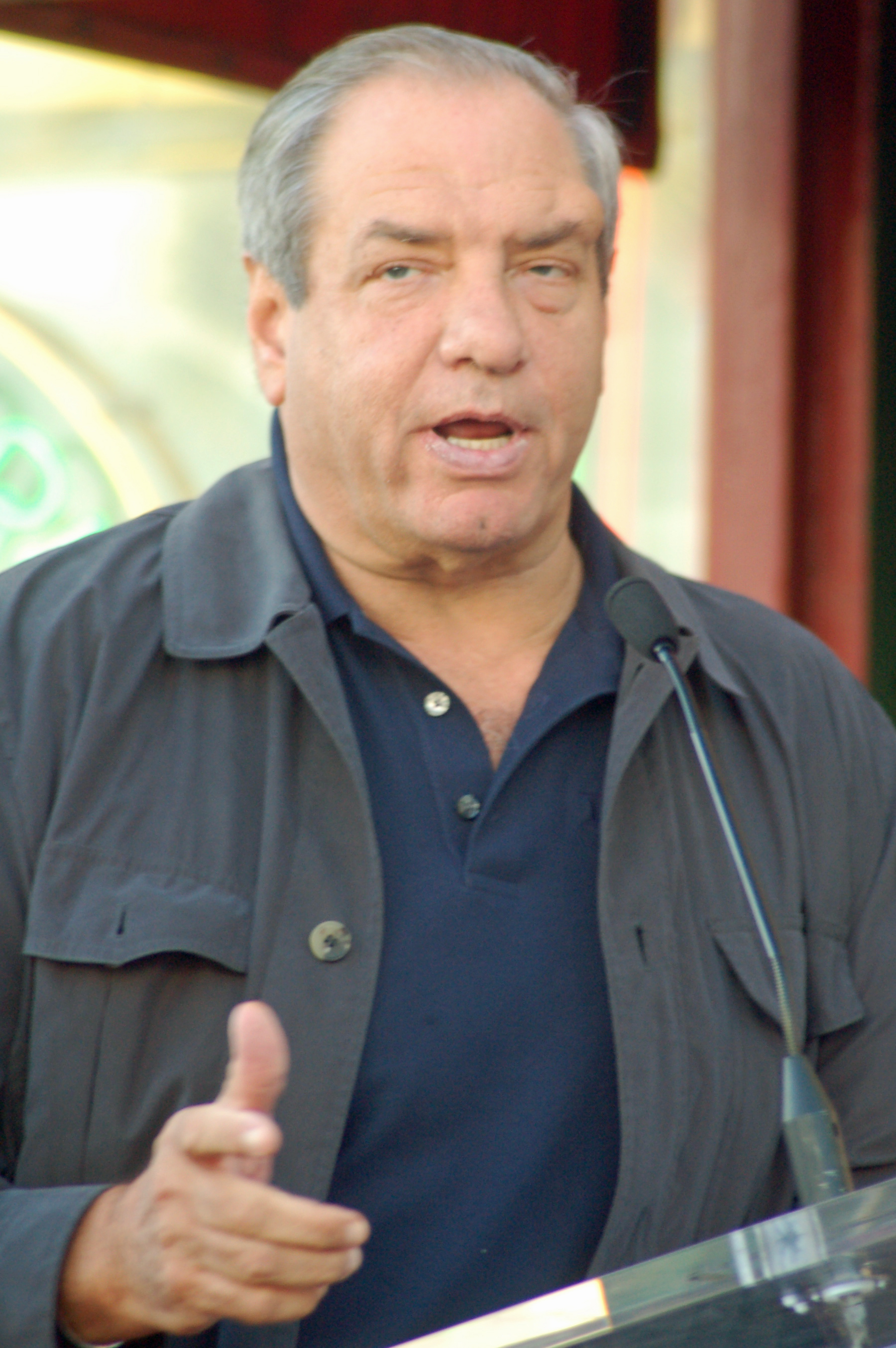 "Richard Anthony "Dick" Wolf" is an American television producer, specializing in Police procedural/crime dramas such as Miami Vice and the Law & Order (franchise)/Law & Order franchise. He has won several awards including an Emmy Award and a star on the Hollywood Walk of Fame.

Wolf has also authored three books. The first, nonfiction Law & Order: Crime Scenes, is a companion to the Law & Order television series. The Intercept and The Execution are the first volumes in a new thriller (genre)/thriller series with New York City Police Department/N.Y.P.D. Detective Jeremy Fisk.

If you enjoy these quotes, be sure to check out other famous producers! More Dick Wolf on Wikipedia.

If it bears fruit in France, it's a pump-primer for the rest of the world.

She is really appreciated as being very emblematic. 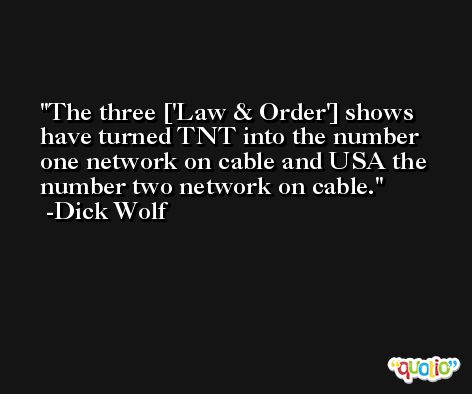 New York City is as much a part of every 'Law & Order' ensemble as the actors.

I was incredibly upset, disappointed, dismayed, any other adjectives that you could care to add. 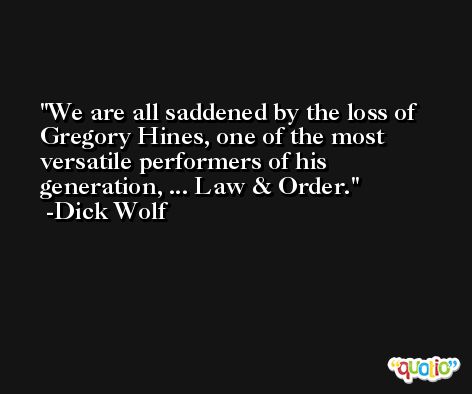 Now we're tied with two of the greatest shows of all time.