Word's out that it's good out there. People are smart, and I respect the local mind-set ... They want to go out there more responsibly.

Touring is the whole experience. When you're in true wilderness, there's only one way to get there, and that's on foot. And you know there won't be a lot of people out there. 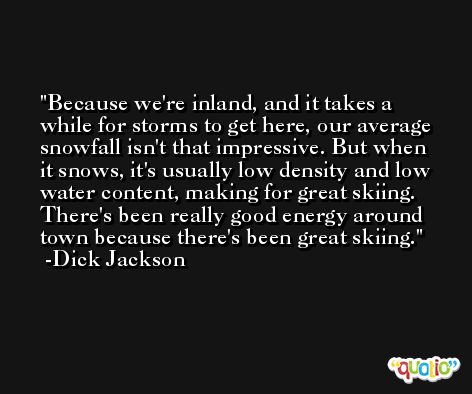 We want to take people on an adventure but not someplace they're not comfortable going. This allows people to get to some very interesting terrain without a huge amount of uphill.

There's more and more marketing nationally; you pick up any ski magazine and that's all you see, is backcountry.