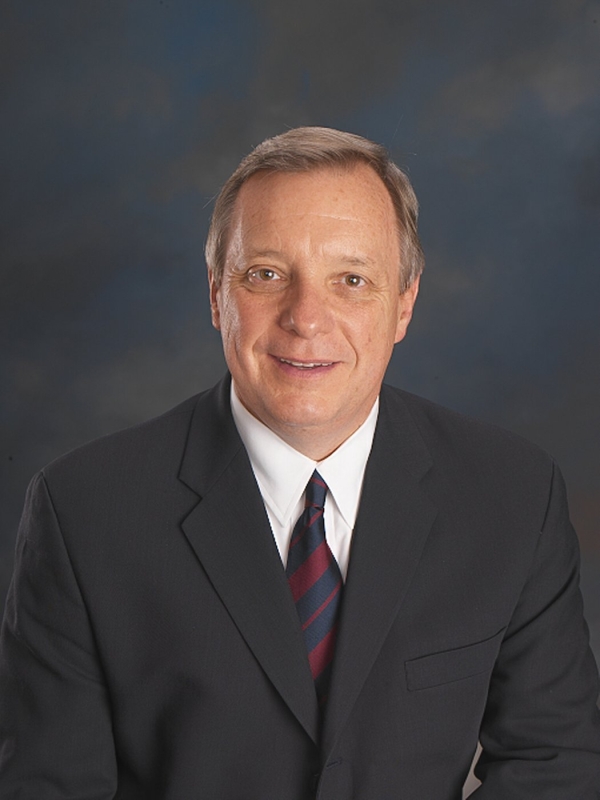 He was born in East St. Louis, Illinois, he graduated from the Georgetown University Edmund A. Walsh School of Foreign Service/School of Foreign Service and Georgetown University Law Center. Working in state legal counsel throughout the 1970s, he made an unsuccessful run for Lieutenant Governor of Illinois in 1978. He was elected to the U.S. House of Representatives in 1982, representing the Springfield, Illinois/Springfield-based 20th congressional district. In 1996 he won election to the U.S. Senate by an unexpected 15-point margin. He has served as Senate Democratic Whip since 2005, and for a period of eight years (2007-2015) became the Majority Whip.

If you enjoy these quotes, be sure to check out other famous politicians! More Dick Durbin on Wikipedia.

The illegal trafficking in prescription medications constitutes a particularly troublesome aspect of the substance abuse problem in America.

Would you restrict freedom in America, or would you expand it? 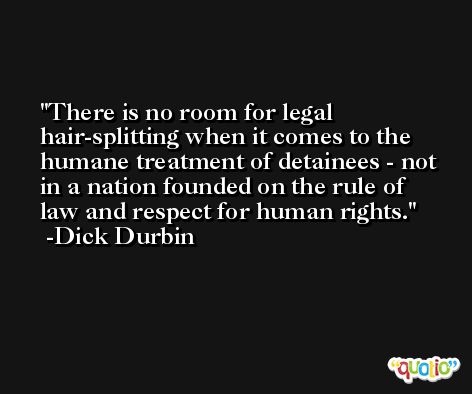 I'm sorry that this wasn't done years and years ago. 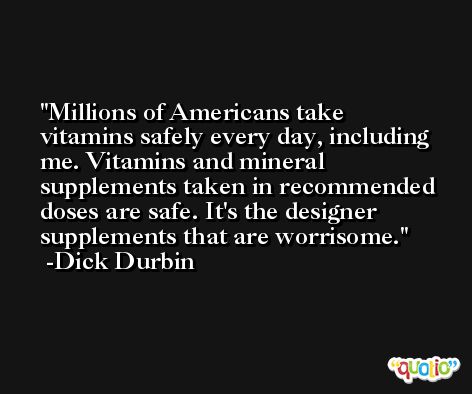 It is only with valid, credible, good intelligence that we are able to anticipate someone who is trying to cause harm to the American people or to strike us in our territory or to, frankly, attack our special interests around the world. Intelligence is a critical part of our national defense.

If I read this to you and did not tell you that it was an FBI agent describing what Americans had done to prisoners in their control, you would most certainly believe this must have been done by Nazis, Soviets in their gulags, or some mad regime - Pol Pot or others - that had no concern for human beings. Sadly, that is not the case. 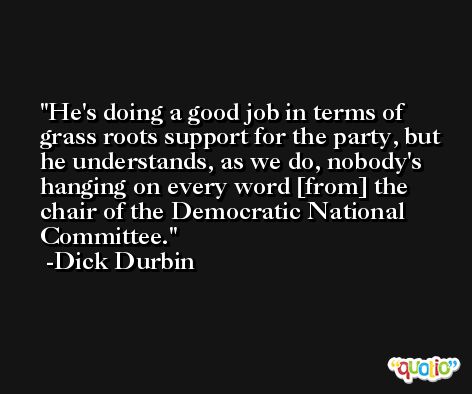