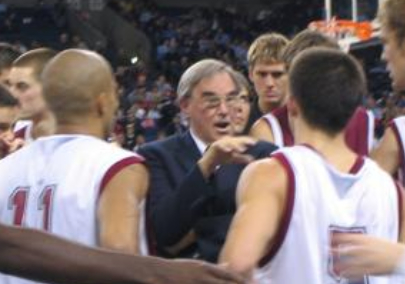 Davey was born and raised in Ceres, California and attended the University of the Pacific (United States)/University of the Pacific, lettering in baseball and basketball. In 2007 he was inducted into the UOP hall of fame. [http://www.pacifictigers.com/information/hall_of_fame/all_time/2007] After graduating he was drafted by the San Francisco Giants and played in their minor-league system for two years. Davey pursued his Masters in Physical Education at UOP and while there helped inaugurate the soccer program by coaching the school's first team in 1965-1966 to a 15-5 record. Davey then moved to San Jose to pursue coaching basketball. He coached at Leland High School (San Jose, California)/Leland High School for three years winning a championship before becoming an assistant coach at California Golden Bears/Cal Berkeley in 1971.

Randy loved basketball, but he knew he wasn't going to start ahead of Steve. And when Randy became an All-Star in the majors (2002), Steve was an All-Star with the Mavericks the same year. I'm proud of both of them.

We're all kind of happy. To perform at a pretty high level gives us some incentive that we're capable of maybe doing some better things. ... We were pretty darn good defensively. 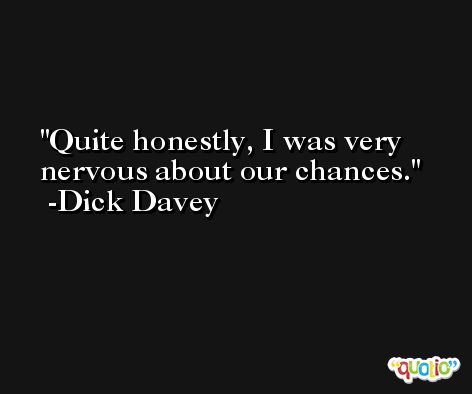 They came out with a lot more heart and passion than we did to start the second half. They shot the ball better and played harder than we did.

I thought we matured a little tonight. 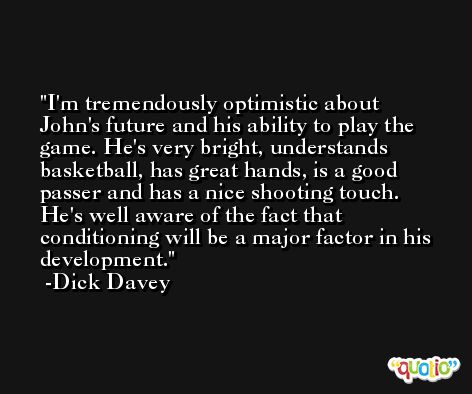 Brody is concerned primarily with getting the ball to other people. Calvin's a good guy to give it to because he can shoot the ball.

The big difference in the game from our perspective was we didn't make enough shots. Maybe the emotions of the game just took us out of a good rhythm. 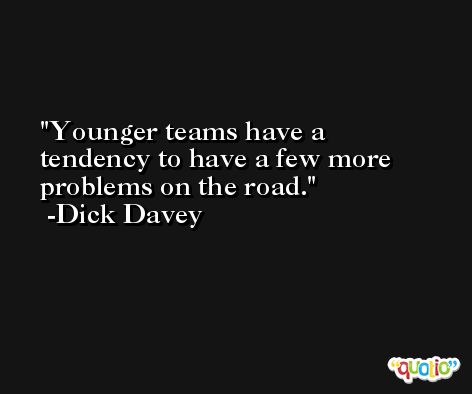