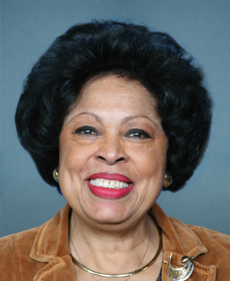 Watson was elected to Congress in a 2001 special election to fill the vacancy caused by the death of Representative Julian C. Dixon. She was re-elected four times, but retired after the end of the 111th United States Congress/111th Congress.

If you enjoy these quotes, be sure to check out other famous politicians! More Diane Watson on Wikipedia.

My hopes are that the naming of this post office facility is only the first of many tributes for a man who started from nowhere to end up a national treasure and global phenomenon.

It looks dysfunctional to me right now. 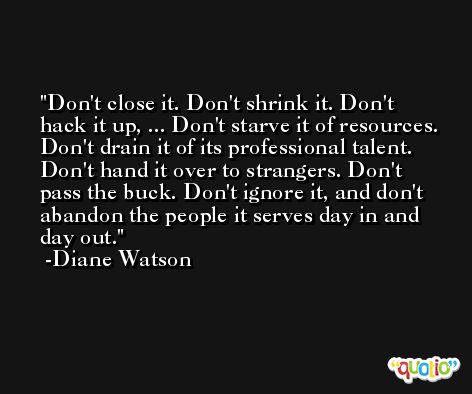 I know the frustration you must feel, ... I feel it too?. I'm here to ask you not to yield, because there are still families that need a hospital in South Los Angeles, who deserve one, and who do, in fact, have one, battered as it may be.

I am so proud to have had the privilege of preparing the legislation that was so readily signed by all members of the House of Representatives to provide a lasting facility that will always carry the name of the great Ray Charles. 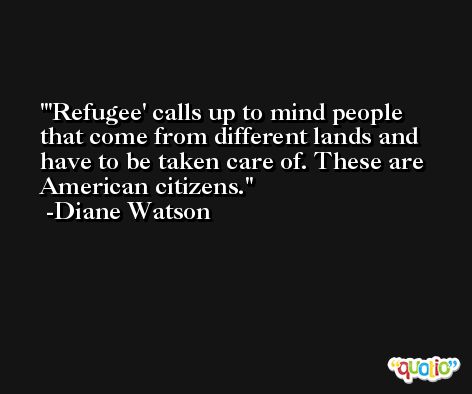 Shame, shame on America. We were put to the test, and we have failed.

[Reps. Diane Watson (D-Calif.) and Elijah Cummings (D-Md.), both members of the Congressional Black Caucus, raised the issue last week at a news conference called to complain about the slow response to Hurricane Katrina.] 'Refugee' calls up to mind people that come from different lands and have to be taken care of, ... These are American citizens.