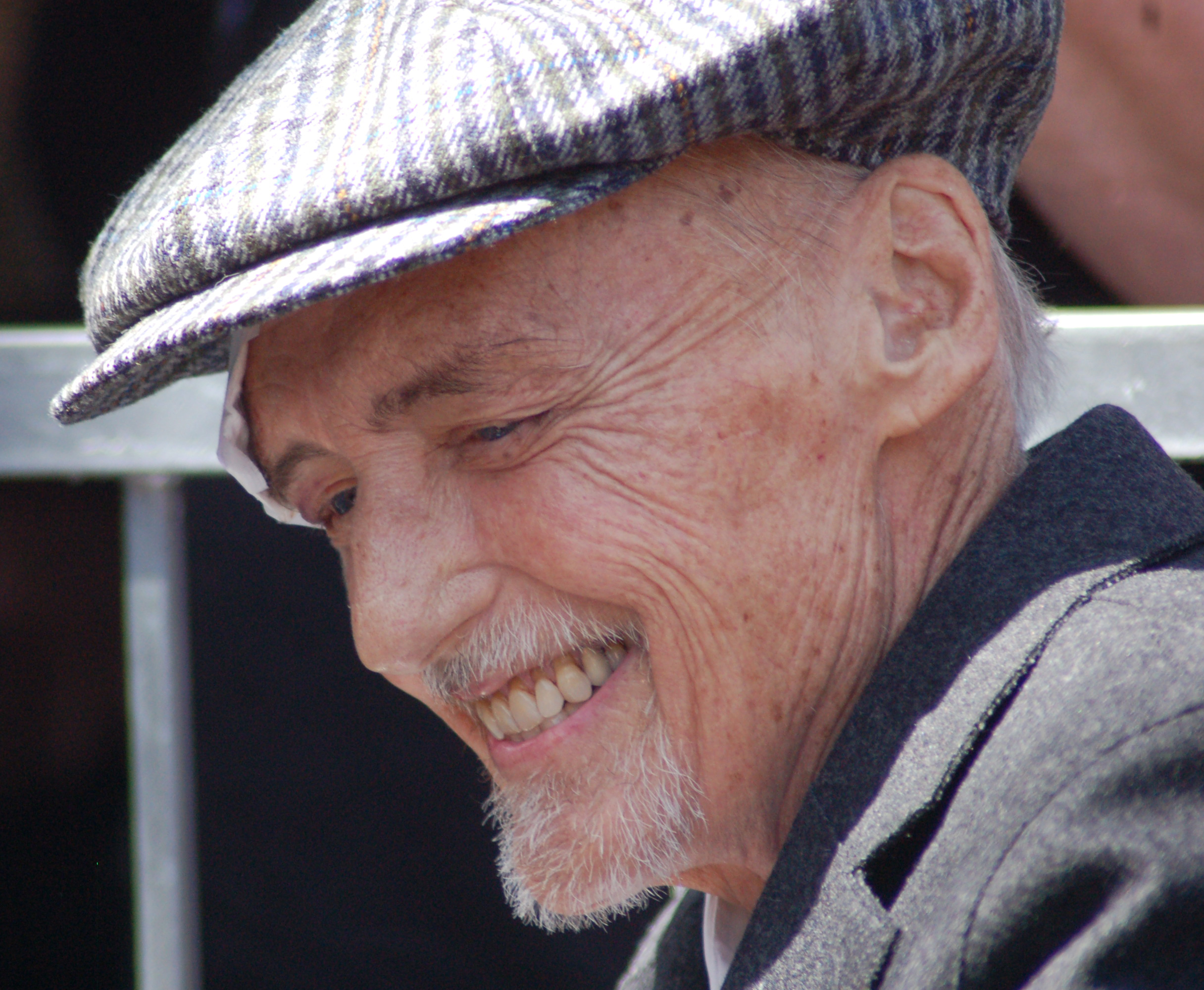 "Dennis Lee Hopper" was an United States/American actor, filmmaker, photographer, and artist. He attended the Actors Studio, making his first television appearance in 1954, and soon after appeared in two films with James Dean. In the next ten years he made a name in television, and by the end of the 1960s had appeared in several films. Hopper also began a prolific and acclaimed photography career in the 1960s.

In 1969 Hopper directed and starred in Easy Rider, winning an award at the Cannes Film Festival, and was nominated for an Academy Award for Academy Award for Best Writing (Original Screenplay)/Best Original Screenplay as co-writer. Journalist Ann Hornaday wrote: "With its portrait of counterculture of the 1960s/counterculture heroes raising their middle fingers to the uptight middle-class hypocrisies, Easy Rider became the cinematic symbol of the 1960s, a celluloid anthem to freedom, macho bravado and anti-establishment rebellion." Film critic Matthew Hays notes that, "no other persona better signifies the lost idealism of the 1960s than that of Dennis Hopper."

If you enjoy these quotes, be sure to check out other famous actors! More Dennis Hopper on Wikipedia.

I've been a Republican since Reagan. I voted for Bush and his father. I don't tell a lot of people, because I live in a city where somebody who voted for Bush is really an outcast. 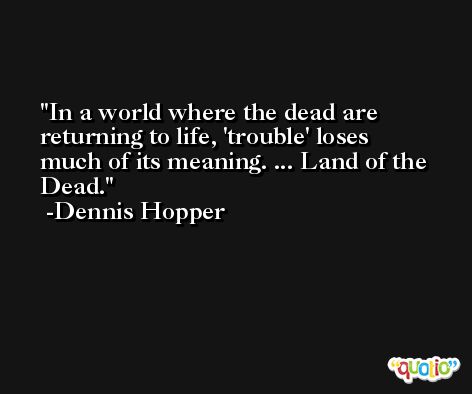 He's a smooth, cool, intelligent actor who loves to work.

You know, the history of California art doesn't start until about 1961, and that's when these photographs start. I mean, we have no history out here. 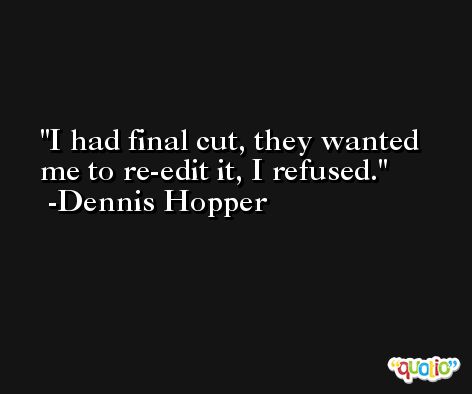 People would be surprised to know that.

Because the reality of things going on around me is more interesting than the fantasies of the world I work in. 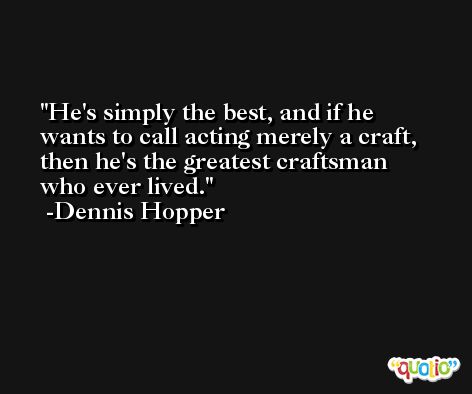