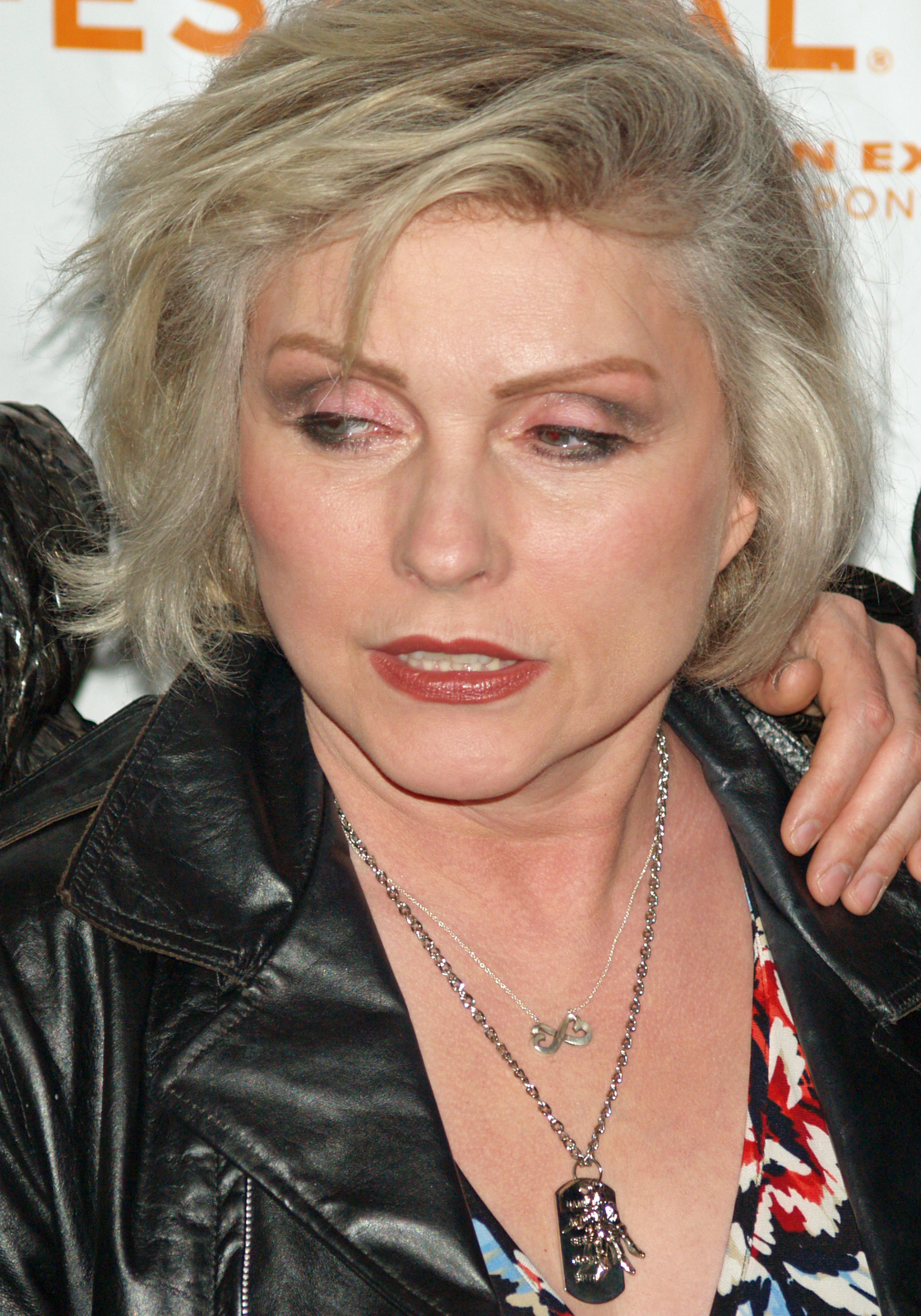 "Deborah Ann "Debbie" Harry" is an American singer-songwriter and actress, best known as the lead singer of the new wave music/new wave and punk rock band Blondie (band)/Blondie. She recorded several number one singles with Blondie and is sometimes considered the first rapper to chart at number one in the United States as well, due to her work on "Rapture (song)/Rapture". She has also had success as a solo artist, and in the mid-1990s she recorded and performed with The Jazz Passengers. Her acting career spans over thirty film roles and numerous television appearances.

If you enjoy these quotes, be sure to check out other famous musicians! More Debbie Harry on Wikipedia.

I feel one of the things I brought to rock and roll was that sort of movie star glamour and image, and that's what always fascinated me. I always wanted to be that blonde, glowing woman on film, and it was sort of automatically thrown at my feet -- and I went with it.

The only thing I really wanted to be was a beatnik, and look what happened: I ended up being in a band. 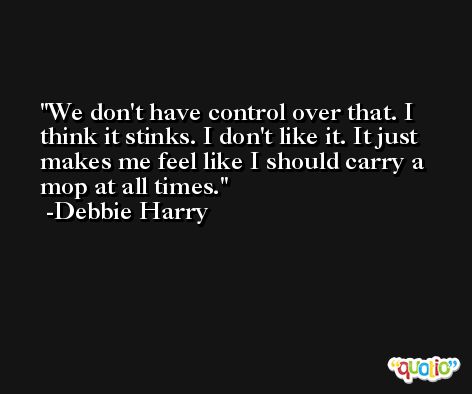 I did have regular boyfriends and with them, I could be a bad girl, but I wasn't like a bad girl for the neighborhood or a big slut.

I certainly didn't think that we would get back together after we broke up in the '80s, but there you go. 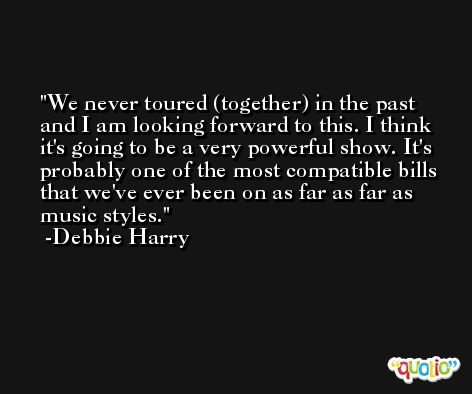 This was like going to school for us. It's part of our heritage. It would be horrible to see it close.