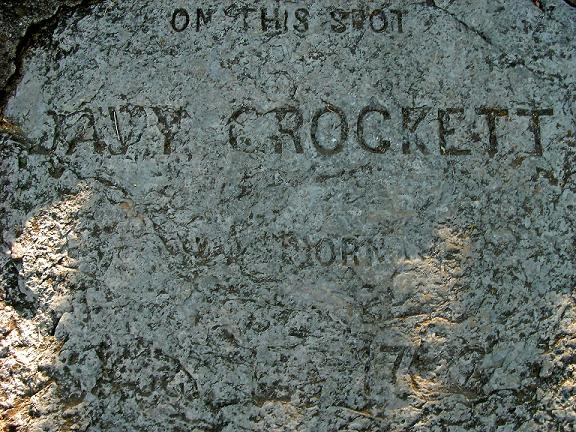 "David" ""Davy"" "Stern" "Crockett" was a 19th-century American folk hero, Frontier#American frontier/frontiersman, soldier, and politician. He is commonly referred to in popular culture by the epithet "King of the Wild Frontier". He represented Tennessee in the U.S. House of Representatives, served in the Texas Revolution, and died at the Battle of the Alamo.

Crockett grew up in East Tennessee, where he gained a reputation for hunting and storytelling. After being made a colonel in the militia of Lawrence County, Tennessee, he was elected to the Tennessee state legislature in 1821. In 1825, Crockett was elected to the U.S. Congress, where he vehemently opposed many of the policies of President Andrew Jackson, most notably the Indian Removal Act. Crockett's opposition to Jackson's policies led to his defeat in the 1831 elections. He won again in 1833, then narrowly lost in 1835, prompting his angry departure to Texas (then the Mexico/Mexican state of Coahuila y Tejas/Tejas) shortly thereafter. In early 1836, Crockett took part in the Texas Revolution and was killed at the Battle of the Alamo in March.

If you enjoy these quotes, be sure to check out other famous explorers! More Davy Crockett on Wikipedia.

Look at my arms, you will find no party hand-cuff on them.

Pop, pop, pop! Bom, bom, bom!/ Throughout the day/ no time for memorandums now./ Go ahead! Liberty and independence forever. 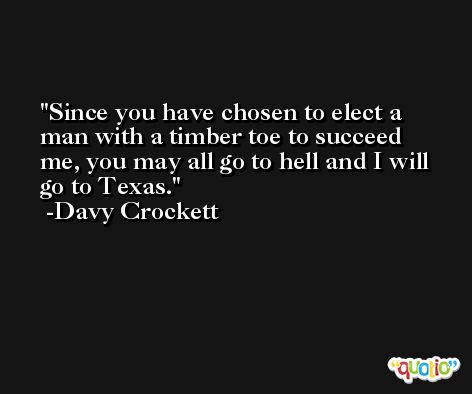 Be always sure you're right, then go ahead.

We have the right as individuals to give away as much of our own money as we please in charity; but as members of Congress we have no right to appropriate a dollar of the public money. 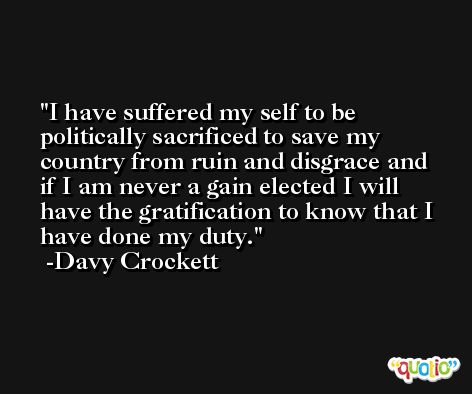 Fame is like a shaved pig with a greased tail, and it is only after it has slipped through the hands of some thousands, that some fellow, by mere chance, holds on to it!

Although our great man at the head of the nation, has changed his course, I will not change mine. 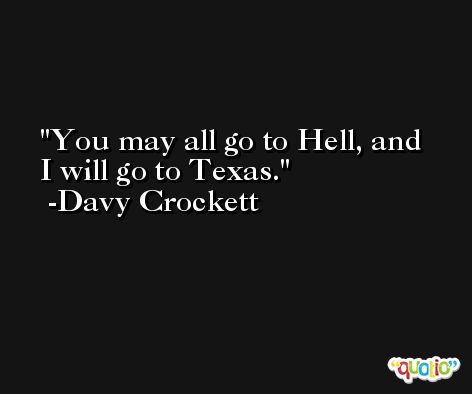