"David Benjamin Wain" is an American comedian, writer, actor and director. He is most widely known for directing the feature films Role Models, Wanderlust (2012 film)/Wanderlust and Wet Hot American Summer, the sketch comedy series The State (TV series)/The State, for producing, directing and writing the Adult Swim series Childrens Hospital, and for voicing The Warden on the Adult Swim series Superjail!. Wain is a founding member of comedy group Stella (comedy group)/Stella, along with Michael Showalter and Michael Ian Black.

If you enjoy these quotes, be sure to check out other famous writers! More David Wain on Wikipedia.

Queens is the new Baxter. 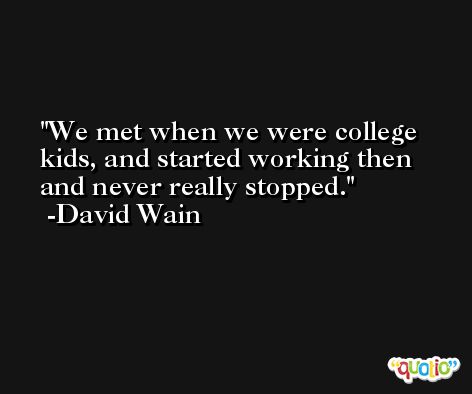