"David Mikel Tyree" is a former American football wide receiver who played in the National Football League (NFL) for seven seasons. He played college football for Syracuse Orange football/Syracuse University. He was drafted by the New York Giants in the sixth round of the 2003 NFL Draft. Tyree has also played for the Baltimore Ravens. He earned a Pro Bowl selection in 2006 Pro Bowl/2005 as a special teams player.

He is best known for the miraculous Helmet Catch in 2008 on the Giants' final drive of Super Bowl XLII in the waning moments of the game. The catch came at a crucial moment, and was instrumental in continuing the drive that eventually resulted in the Giants scoring a last-minute touchdown and a 17–14 victory over the previously undefeated New England Patriots.

You have to be a selfless player. The coaches keep it real simple. It's who has the better will, as Coach would say. Where's your heart at, how important is it to you? These guys are really buying into that.

Sweaty's like one of us, ... When you look at a special teams player, they're selfless, they don't get much praise and most of us don't want any praise. We do the dirty work and we have fun doing it. 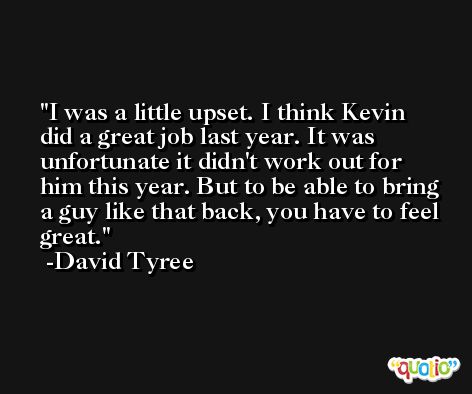 The Saints are overall one of the best matchups we'll see. [Michael] Lewis is one of the fastest and most elusive returners in the league. They also can block punts, so we know the coverage teams have to have our heads up.