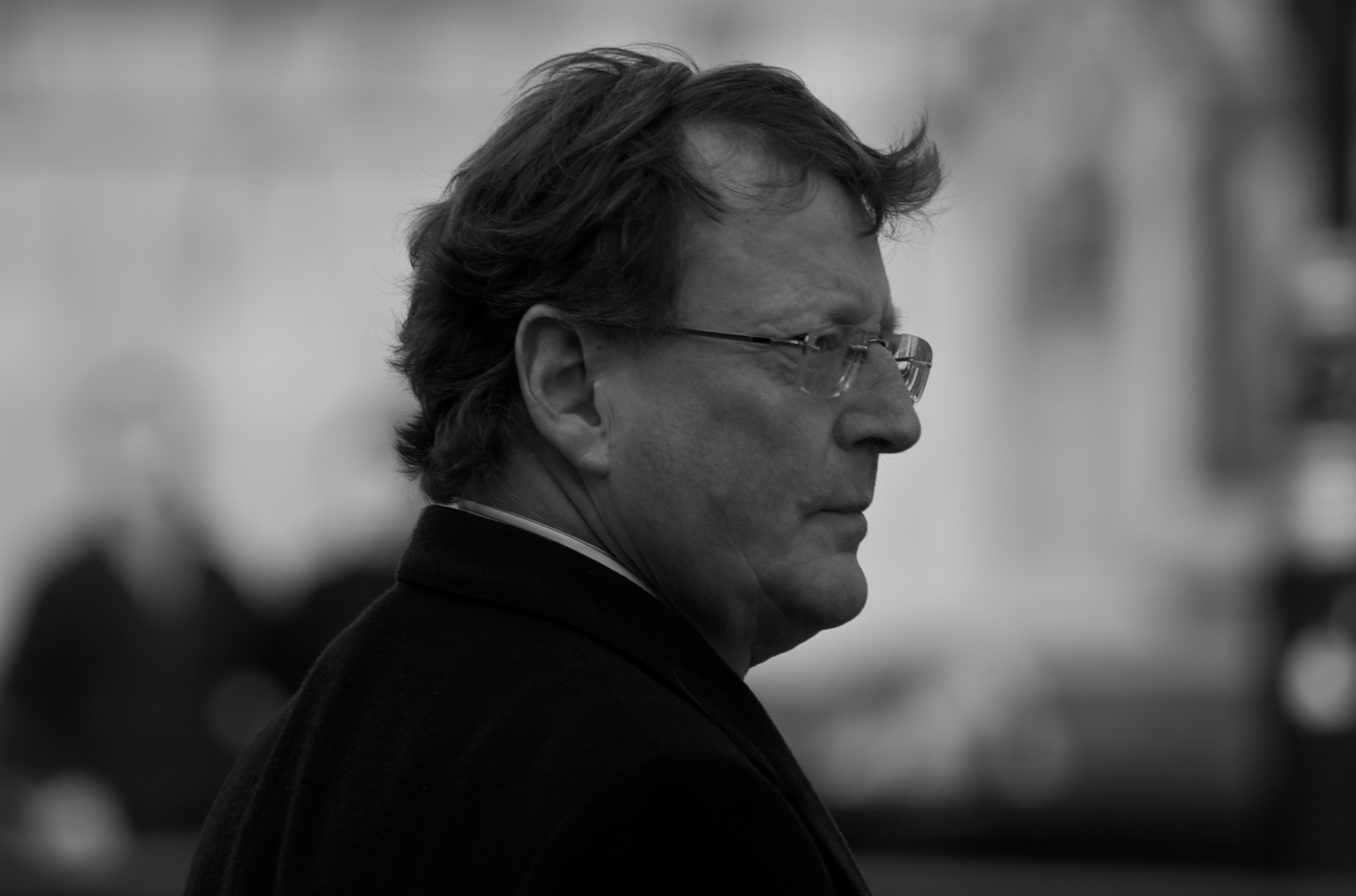 "William David Trimble, Baron Trimble", Her Majesty's Most Honourable Privy Council/PC, is a British politician who was the first First Minister of Northern Ireland from 1998 to 2002, and the Ulster Unionist Party/Leader of the Ulster Unionist Party from 1995 to 2005. He was also the Member of Parliament (United Kingdom)/Member of Parliament for Upper Bann (UK Parliament constituency)/Upper Bann from Upper Bann by-election, 1990/1990 to UK general election, 2005/2005 and the Member of the Legislative Assembly (Northern Ireland)/Member of the Legislative Assembly (MLA) for Upper Bann (Assembly constituency)/Upper Bann from Good Friday Agreement/1998 to Northern Ireland Assembly election, 2007/2007. In 2006, he was made a life peer in the House of Lords and a year later left the Ulster Unionist Party/UUP to join the Conservative Party (UK)/Conservative Party.

If you enjoy these quotes, be sure to check out other famous politicians! More David Trimble on Wikipedia.

Had not been seen in the talks before.

In no way final. 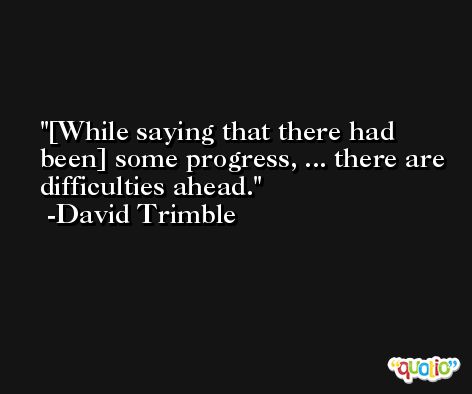 In the event of that not happening by Monday and Tuesday, that will leave us with no alternative but to remove ourselves from the administration.

In the future there cannot be room for ambiguity. They have to make their position absolutely clear before they can expect anyone to respond to it. 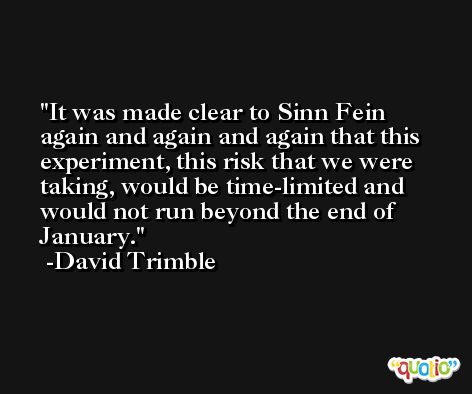 Hooligan elements are continuing the work that the IRA have been engaged in for the past 30 years.

We want to ensure that nothing is imposed upon the people here, that their consent is paramount. 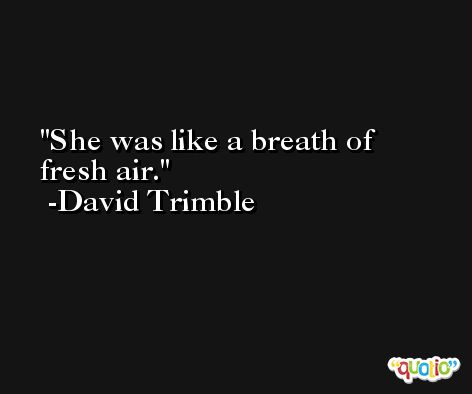