"David Strom" (born 1964) is Research Director at the Emmer for Governor Campaign. Until recently he was

a Senior Policy Fellow of the Minnesota Free Market Institute. He had been President of the Institute, and was succeeded by Patricia Anderson. Prior to the formation of MFMI, David served as President of the Taxpayers League of Minnesota. Both organizations are primarily funded through large donations by individuals and corporations.

Strom is a Fellow at the Claremont Institute, a nearly regular, bi-weekly, contributor to the local ABC affiliate’s Sunday morning news program At Issue 3-5 minute "face-off" segment in which he spars with an opponent of an opposing political view.

This is about a private-property right and an unfair, narrow tax with a phony 'fee' label, ... We've been accused before of being in the pocket of the tobacco companies, from people who question your motives before they pay any attention to the argument.

[NEW YORK (Biztravel.com) -] Leave your laptop at home, ... I've spent hours in hotel rooms trying to connect a laptop. It's not a job for anyone [who has] trouble programming a VCR. 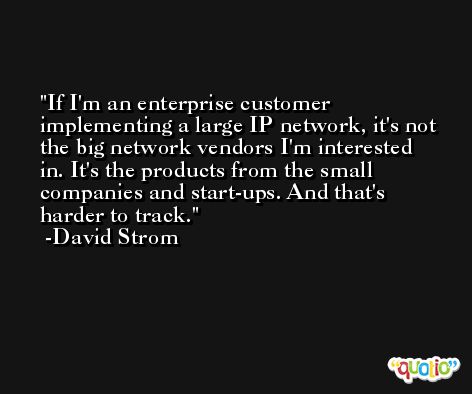 Leave your laptop at home. I've spent hours in hotel rooms trying to connect a laptop. It's not a job for anyone [who has] trouble programming a VCR.

Netscape has been very unsuccessful at interacting with the trades, ... They don't understand how to do PR. 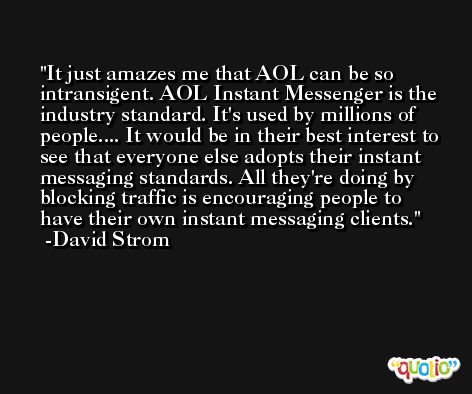 Internet World is finally coming into its own as a show that the corporate audience needs to pay attention to. For years it was focused... more on personal use than on corporate use.