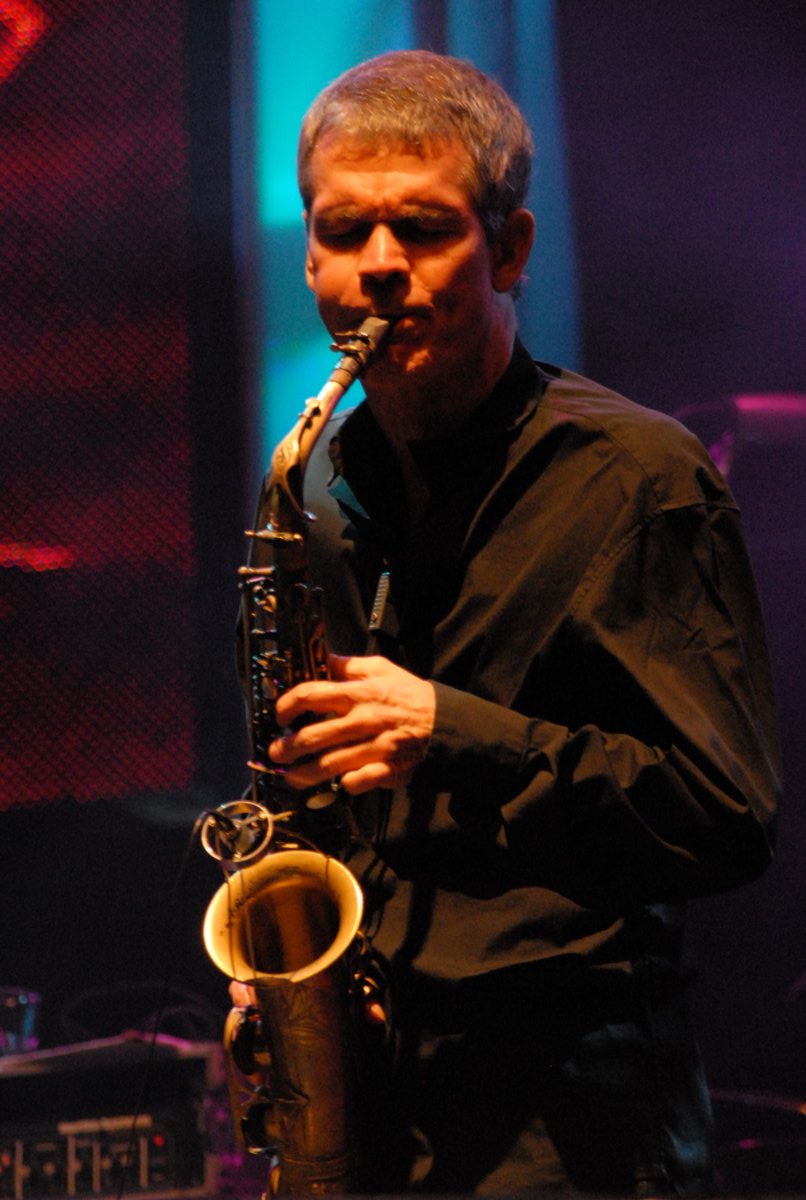 "David Sanborn" is an American alto saxophone/alto saxophonist. Though Sanborn has worked in many genres, his solo recordings typically blend jazz with instrumental pop and R&B. He released his first solo album Taking Off in 1975, but has been playing the saxophone since before he was in high school. Sanborn has also worked extensively as a session musician, notably on David Bowie's Young Americans (album)/Young Americans (1975).

One of the most commercially successful American saxophonists to earn prominence since the 1980s, Sanborn is described by critic Scott Yannow as "the most influential saxophonist on pop, R&B, and crossover players of the past 20 years." Sanborn is often identified with radio-friendly smooth jazz. However, Sanborn has expressed a disinclination for both the genre itself and his association with it.

In his three-and-a-half-decade career, Sanborn has released 24 albums, won six Grammy Awards and has had eight gold albums and one platinum album. He continues to be one of the most highly active musicians of his genre, with over 150 tour dates in 2010.

If you enjoy these quotes, be sure to check out other famous musicians! More David Sanborn on Wikipedia.

I think Norah Jones is a perfect example. Here's somebody who was playing the music she wanted to play and did it with some conviction, and it happened to be at a moment in time when there was a highly receptive audience for that kind of music.

There are some logistical and legal nightmares tied to that show, ... for me, the great thrill of doing that show was playing with people I've been a fan of. 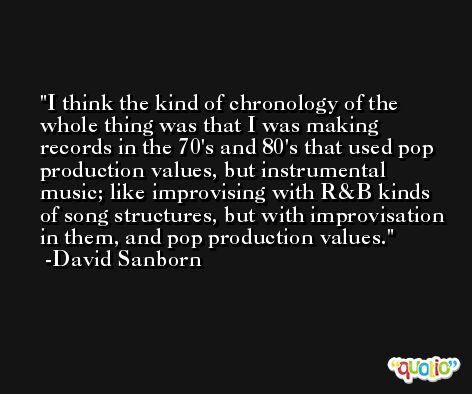 People who really understood the use of space and the fact that the sound and the silence are of equal weight and that what you're doing is really manipulating space. It's the same as a painting except that you're doing it aurally.

I just kinda like playing. I don't necessarily go on tour to promote my albums. I'm on the road all the time. The fact that I have a new record is out is a coincidence. 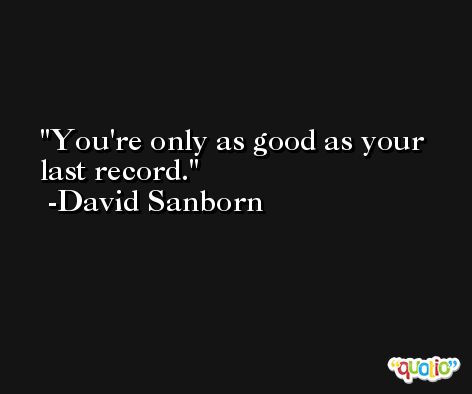 I think that that's the way the music grows and changes and becomes new and creative and vital. It's by synthesizing elements from all around it and not to maintain this kind of rigid myopic kind of tunnel vision, in a sense, trying to maintain a certain kind of purity, or whatever. 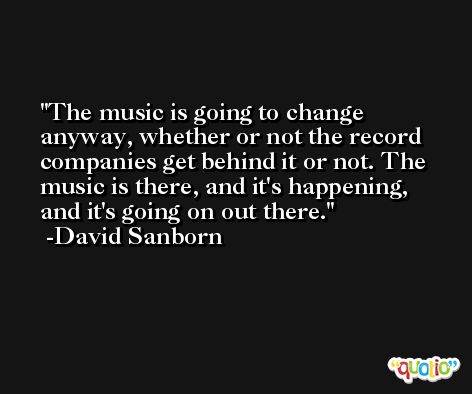