"David Ogden" is the name of:

We allege that in carrying out that campaign, they pulled no punches, ... For decades, they repeatedly and consistently denied that smoking cigarettes causes disease, despite their knowledge that it does.

It's our belief that presidential papers belong to all the American people. 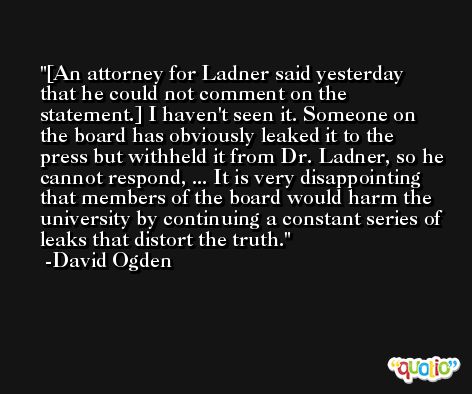 Given the Court of Appeals decision, this is a fair resolution for the American taxpayer.

Today's decision by the arbitration panel secures the original Zapruder film for the public and guarantees that it will be preserved in the National Archives, where it belongs. 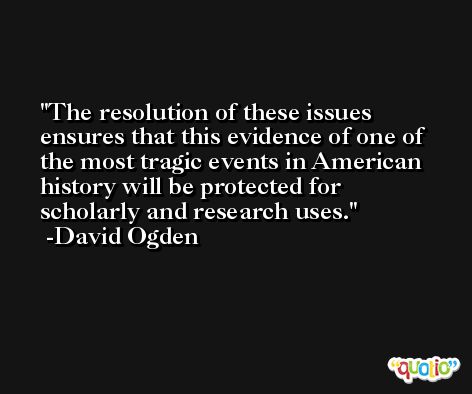 We are looking at possible future layoffs.

There's definitely a growing gap between African-American culture and baseball. The doors Jackie Robinson worked on opening may not be closing, but the hinges are definitely getting rusty.