*List of people who have walked across Australia#David Mason/David Mason, Australian adventurer

*David Mason (art dealer) , a London art dealer. Best known for his fight against the producers of thalidomide, a drug that caused the malformation of his daughter Louise Mason's limbs.

I like to think of the senses as having a volume control in the brain. The volume turns up on all the other senses when you lose one.

I think anybody who's offended by the name needs to have their head examined. Grow a sense of humor. Get over it. Something. 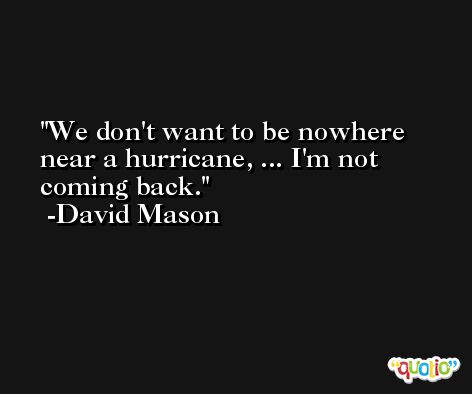 Our house is standing, but it's totally destroyed, ... We're homeless.

To retain your character you need marketing. Without marketing, you can do nothing. 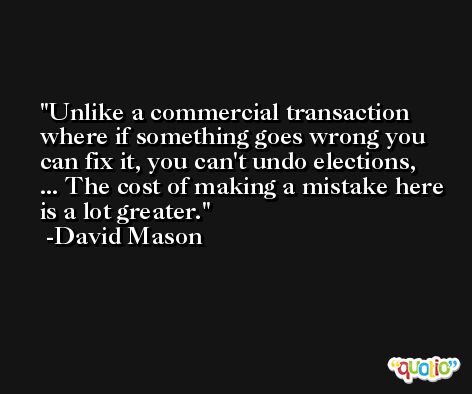 If all we're doing on the Internet is giving people another opportunity to vote, you can predict it's not going to work, ... If the definition of working is getting more people to vote.

The sound waves are vibrations, ... It's the ability to readjust your senses so you can feel the music.