"David Leaf" is an American screenwriter/writer, film producer/producer, and film director/director known for documentaries, music programs, and pop culture retrospectives. Among his best-known documentaries are "The Night James Brown Saved Boston" (2008), "The U.S. vs. John Lennon" (2006), "Beautiful Dreamer: Brian Wilson and the Story of Smile" (2004), and "Bee Gees: This Is Where I Came In" (2001).

What's exciting is the ability to reach a large audience with this music, and have people who may be casual fans of The Beach Boys to realize that there's not just some fun songs there, but a major and important artist at work.

I've been around a lot of celebrities, and I've been fortunate to be around great artists. It's extraordinarily rare that someone is who you want them to be. Paul McCartney is that person. He's the guy we all dreamed of meeting. 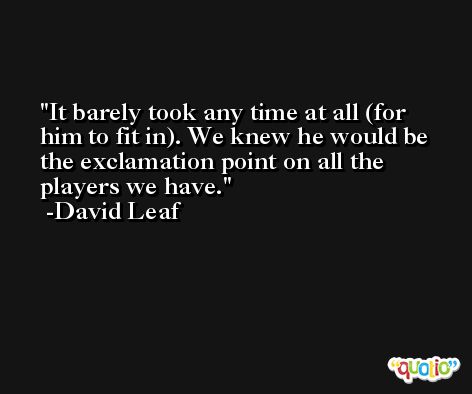 We changed the defense in the second and they didn't respond to it.

We were moving the ball well, cutting and making good passes. We weren't out of control at all and it just opened up for me. 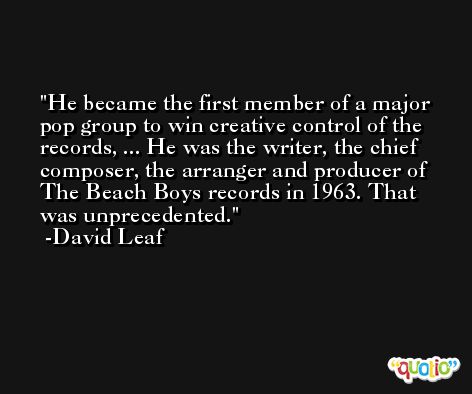 What you will hear in his words is that Brian was not only the musician who was most influential in driving The Beatles in a more artistic and advanced direction musically, but that the 'Sgt. Pepper' album in particular was a direct outgrowth of Brian's productions of 'Pet Sounds' and 'Good Vibrations,' .

The Beatles respected their audience.