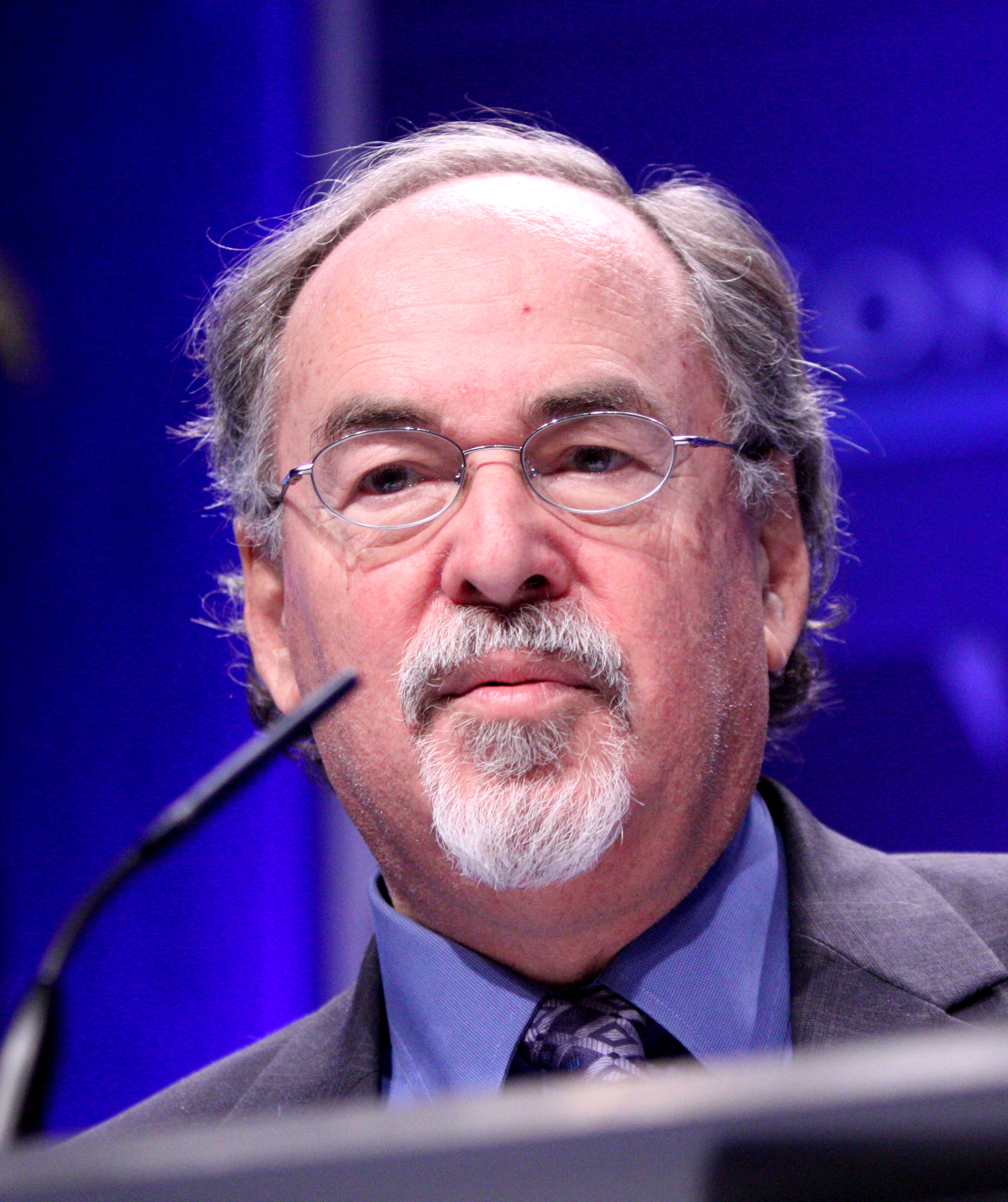 "David Joel Horowitz" is an American conservative writer. He is a founder and current president of the think tank the David Horowitz Freedom Center, editor of FrontPage Magazine, and director of Discover the Networks, a website that tracks individuals and groups on the political left. Horowitz founded the organization Students for Academic Freedom, whose self-stated goal is combating what it calls the "leftist indoctrination" in academia.

Horowitz was raised by parents who were members of the Communist Party USA. Between 1956 and 1975, Horowitz was an outspoken adherent of the New Left before rejecting leftism completely. Horowitz has recounted his ideological journey in a series of retrospectives, culminating with his 1996 memoir Radical Son: A Generational Odyssey.

If you enjoy these quotes, be sure to check out other famous writers! More David Horowitz on Wikipedia.

Terrorists and totalitarian radicals are lionized as fighters for social justice. Israelis and Americans are condemned as Nazis."

Israel is the canary in the mine. What happens to Israel will eventually happen to America itself. 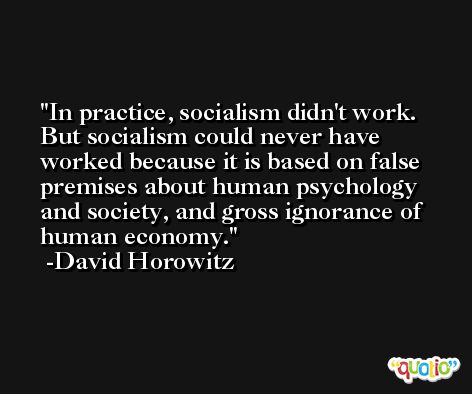 Everybody knows - but no one wants to say - that the Democratic Party has become the party of special interest bigots and racial dividers. It runs the one-party state that controls public services in every major inner city, including the corrupt and failing school systems in which half the students - mainly African American and Hispanic - are denied a shot at the American dream.

The Palestine Authority cannot be changed or reformed from within. It is a corrupt terrorist police state. Any challenge to the terrorists who run it will be ruthlessly suppressed. Many Palestinians genuinely interested in peace have been assassinated over the years for that very reason. 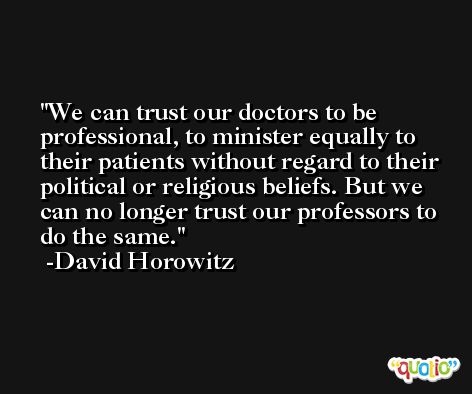 The 1998 missile strike on the Sudan was an unannounced, unprovoked attack that destroyed that Third World nation's only medicine factory. Yet it provoked no opposition outcry on the left. The Clinton air strike violated every principle of the current liberal critique of Bush foreign policy.