If you enjoy these quotes, be sure to check out other famous journalists! More David Halberstam on Wikipedia.

I think you always go out and do books based on what you're curious about.

I think I got very lucky on this, ... The Red Sox players of that team just were particularly pleasant. Ted Williams was larger than life and exuberant and contentious and cantankerous, but great fun to be with. 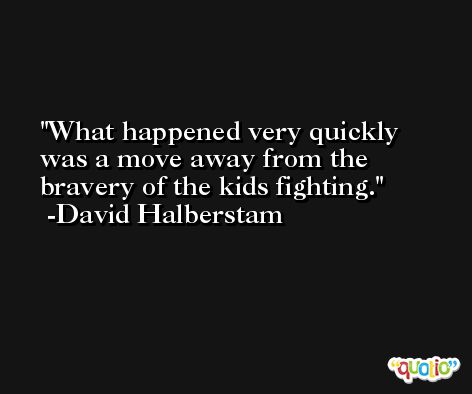 I have no doubt he would have been a huge success no matter what he put his mind to.

There would be a very nice small book in it about another time and era in America, a kind of sweetness and friendship. 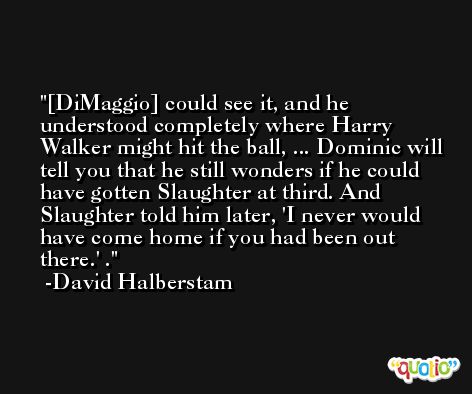 If you're a reporter, the easiest thing in the world is to get a story. The hardest thing is to verify. The old sins were about getting something wrong, that was a cardinal sin. The new sin is to be boring.

I am made nervous, as someone who works in the same vineyard, by the idea of inventing himself as a fictional character, ... It seems unnecessary. It seems taking a major liberty. And the problem with it is if you invent the fictional character and you take this liberty, then the reader is going to think what other liberties?