"David Ervine" was an Irish Unionism (Ireland)/unionist politician from Northern Ireland and the leader of the Progressive Unionist Party (PUP). During his youth Ervine was a member of the Ulster Volunteer Force (UVF) and was imprisoned for possessing bomb-making equipment. However whilst in jail he became convinced of the benefits of a more political approach to Ulster loyalism and became involved with the PUP. As a leading PUP figure Ervine helped to deliver the Combined Loyalist Military Command/loyalist ceasefire of 1994.

I have a feeling of awful foreboding that there are people out there so determined to damage me that they will take an innocent life.

There is an opportunity, perhaps with what has happened over the weekend with the intervention of Tony Blair from Japan, to concentrate people's minds on the issues. 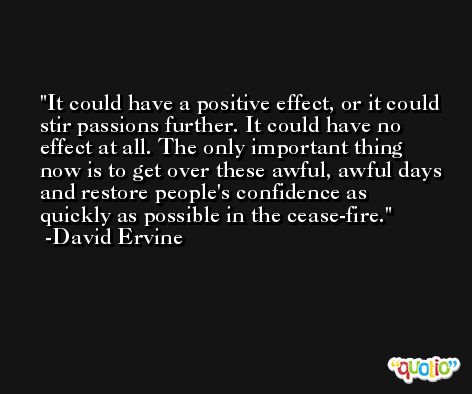 We might have to shoot out the clocks at five minutes to midnight, but we'll get there. The gap is bridgeable. We have a decent chance of an agreement.

We know it was a drive-by shooting. It would seem that the Loyalist Volunteer Force are intent on killing Catholic doormen. 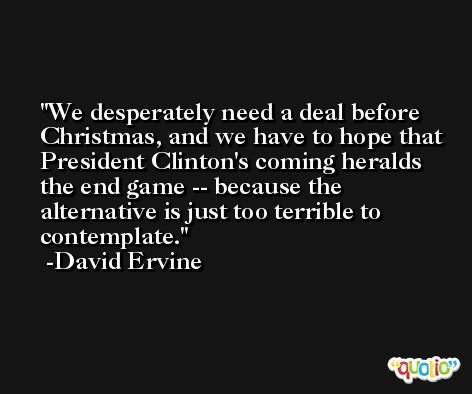 The PUP is now out of that loop.

This society believed that it was looking towards a new future, and we consistently find ourselves being dragged backwards.