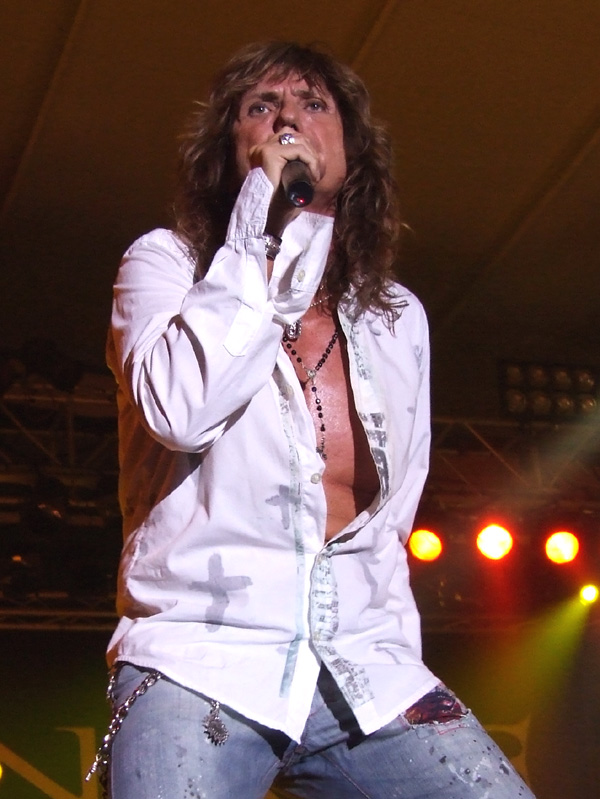 "David Coverdale" is an English rock singer most famous for his work with Whitesnake, the commercially successful hard rock band he founded in 1978. Before Whitesnake, Coverdale was the lead singer of Deep Purple from late 1973 to 15 March 1976, when he resigned from the band and established his solo career. A Coverdale and Page (album)/collaboration album with Jimmy Page, released in 1993, was a commercial and critical success.

If you enjoy these quotes, be sure to check out other famous musicians! More David Coverdale on Wikipedia.

It's as if everyone has been waiting for something new from the band...I'm thrilled with the response to the DVD...It's been overwhelmingly positive & sets us up for the next move...

When I first started, [it was like] your career was that of a tennis player - you're done by 25, ... So, the bar has been raised and I'm very happy about that. And the fact that I'm performing better than ever - that's what I call ambitious. 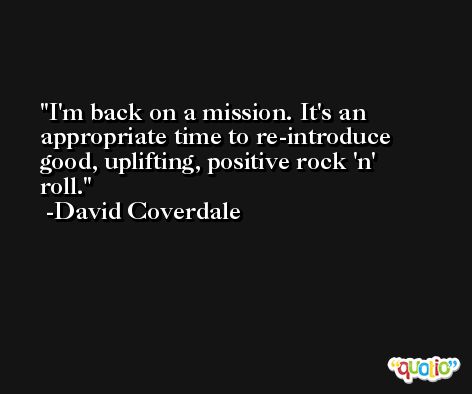 It doesn't mean there aren't other contributing factors, the investigation is not finished yet. There may be other elements.