"David Buck" was an English actor.

He starred in many television productions from 1959 until 1989. One of his earlier roles was that of Horatio Hornblower in an episode entitled "Hornblower" (1963), in the Alcoa Premiere TV series. He played Winston Smith in Theatre 625: The World of George Orwell: 1984 (1965), a remake of Nigel Kneale's adaptation of the novel. In the first two series of the ITV (TV network)/ITV horror and supernatural anthology series Mystery and Imagination (1966–68) he played the series narrator Richard Beckett (from Sheridan Le Fanu's story "The Flying Dragon") whose character also became involved in some of the other stories adapted. His film career included roles in Doctor Syn#The Scarecrow of Romney Marsh (1963)/Dr. Syn, Alias the Scarecrow (1963), The Sandwich Man (1966 film)/The Sandwich Man (1966), the Hammer Film Productions/Hammer film The Mummy's Shroud (1967), Deadfall (1968 film)/Deadfall (1968) and Taste of Excitement (1970). He also had a role as RAF/Royal Air Force Squadron Leader David "Scotty" Scott in the film Mosquito Squadron (1969), with David McCallum, in which his character is shot down during a low-level bombing raid over Northern France in 1944 and assumed killed.

It's positive obviously that they are pre-announcing on the upside. We thought they would be held flat by some heavy R&D costs, but they did well with revenues.

This is an exciting proposal. We have not found a comparable project with housing above (it) in a (similar-size) community. 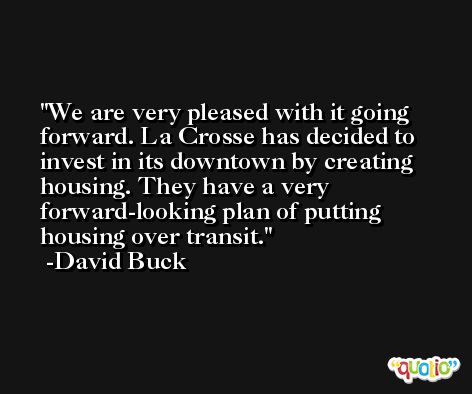 We are very pleased. It just proves you can be creative within the boundaries of what is appropriate in the health-care arena.

The Sunday and Monday forecast is pretty good, it will help us get a handle on it. 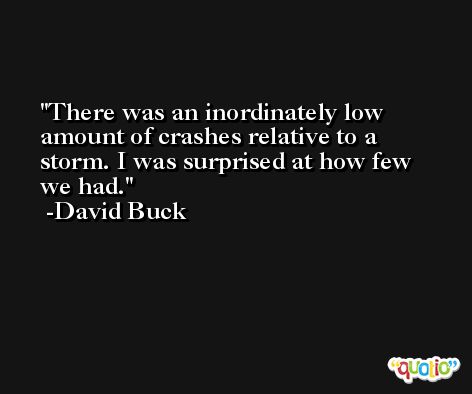 We live in a congested region, so it doesn't take much precipitation for that anxiety level to increase. People already drive too fast. You throw a little bit of snow in the there and you got a real problem.

All our trucks are ready, all of our people are ready. We will have people out before the first flake ever touches the ground.