"David Bowie" is an English singer, songwriter, multi-instrumentalist, record producer, arranger, and actor. He is also a painter and collector of fine art. Bowie (), has been a major figure in the world of popular music for over four decades, and is renowned as an innovator, particularly for his work in the 1970s. He is known for his distinctive voice as well as the intellectual depth and eclecticism of his work. Aside from his musical abilities, he is recognised for his androgynous beauty, which was an iconic element to his image, particularly in the 1970s and 1980s.

If you enjoy these quotes, be sure to check out other famous musicians! More David Bowie on Wikipedia.

We can be Heroes, Just for one day.

You can neither win nor lose if you don't run the race. I always had a repulsive need to be something more than human.

I'm not a prophet or a stone aged man, just a mortal with potential of a superman. I'm living on. 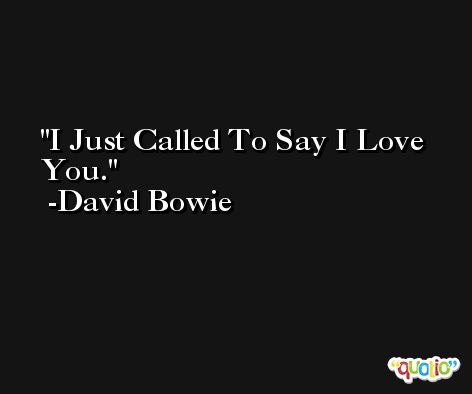 Is it Nice in your snowstorm- freezing your brain? Do you think that your face looks the same?

When you think about it, Adolf Hitler was the first pop star.