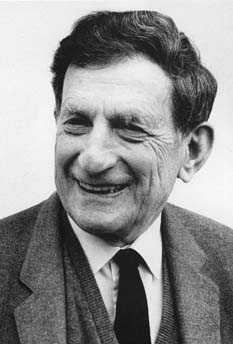 "David Joseph Bohm" Fellow of the Royal Society/FRS was an American scientist who has been described as one of the most significant Theoretical physics/theoretical physicists of the 20th century and who contributed innovative and unorthodox ideas to quantum theory, neuropsychology and the philosophy of mind.

Bohm advanced the view that quantum physics meant the old René Descartes/Cartesian model of reality – that there are two kinds of substance, the mental and the physical, that somehow interact – was too limited. To complement it, therefore, he developed a mathematical and physical theory of Implicate and explicate order/"implicate" and "explicate" order. He also believed that the working of the brain, at the cellular level, obeyed the mathematics of some quantum effects, and postulated that thought was distributed and non-localised in the way that quantum entities do not readily fit into our conventional model of space and time.

If you enjoy these quotes, be sure to check out other famous scientists! More David Bohm on Wikipedia.

Individuality is only possible if it unfolds from wholeness.

Suppose we were able to share meanings freely without a compulsive urge to impose our view or conform to those of others and without distortion and self-deception. Would this not constitute a real revolution in culture. 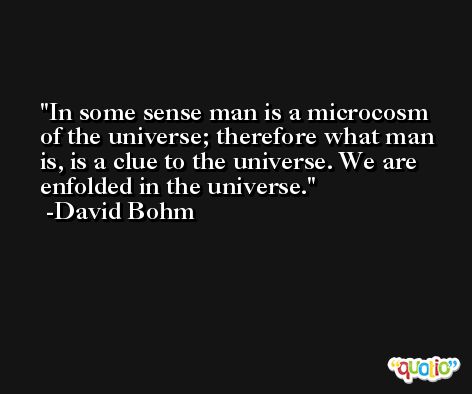