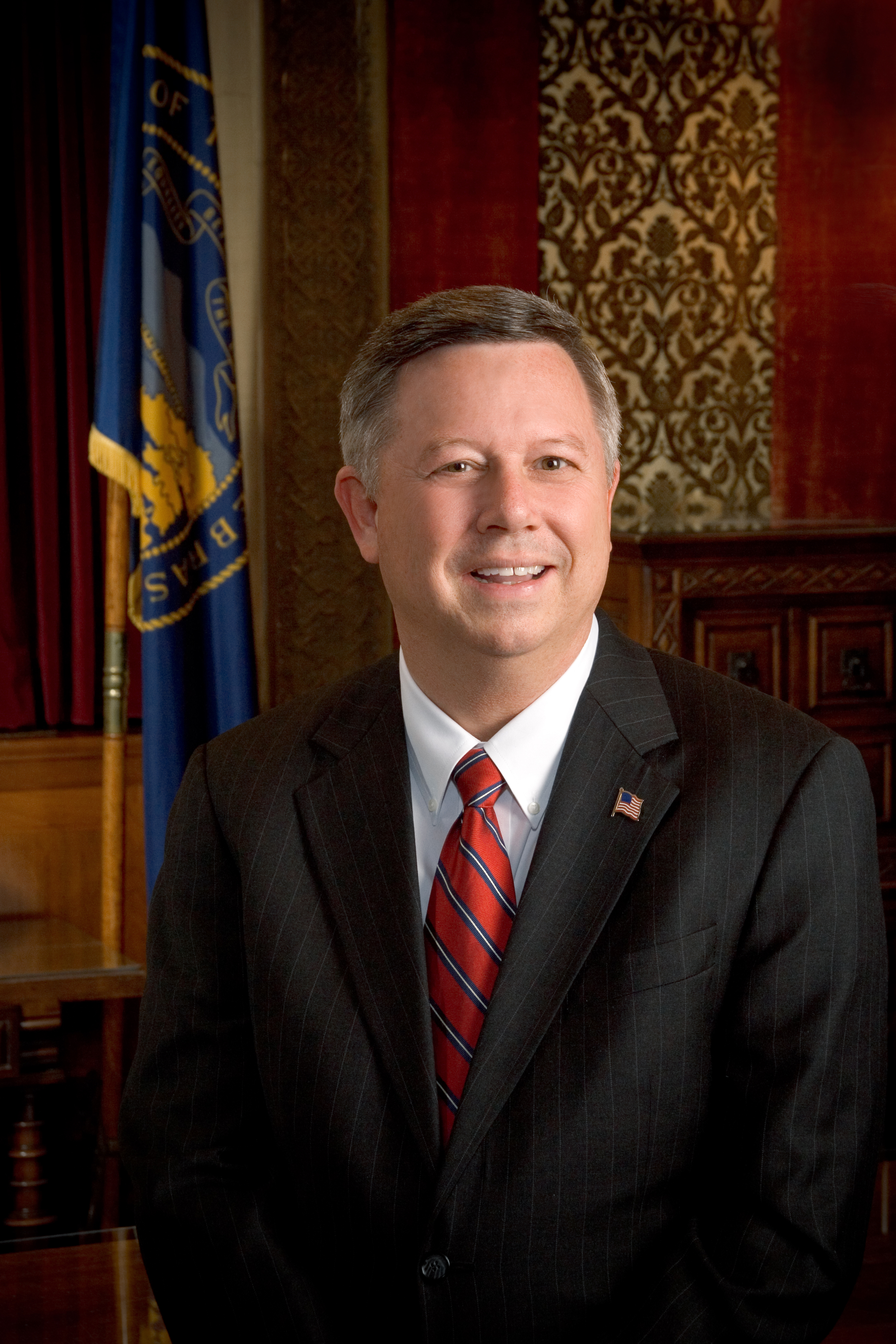 If you enjoy these quotes, be sure to check out other famous politicians! More Dave Heineman on Wikipedia.

I will commit myself to making this state an even greater place to live, work and raise a family. I intend to reach out from border to border to hear first-hand from our citizens about their thoughts, concerns and ideas for our state.

I know that Nebraska farmers and ranchers will be very happy with this agreement. 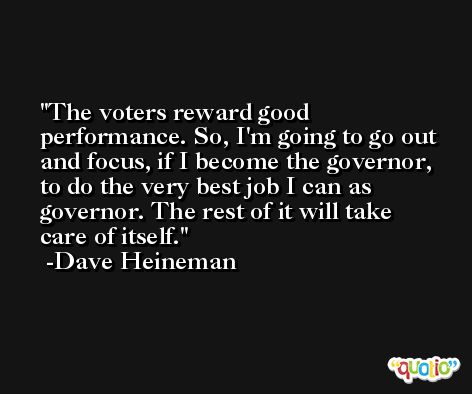 You can expect to find these four priorities - education, economic vitality, efficiency in government and the protection of families - woven into my decisions as Governor. They will serve as my compass as I work with you to chart a future course for our state.

I believe education is the great equalizer. Our children are our hope for the future, so we have an obligation to provide them with the tools to succeed. There is no more powerful tool than knowledge. 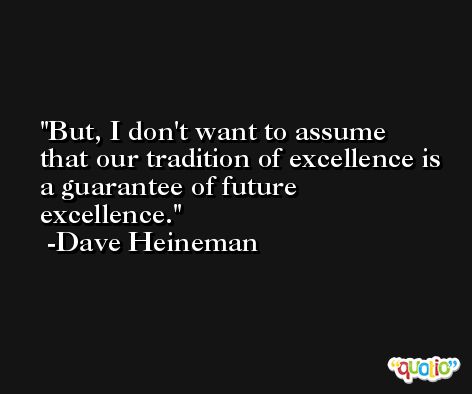 It shows how serious they are, and how serious we are, ... We appreciate the manner they've received us -- the conversations have been meaningful and direct.

We must support the industry that drives our state's economy. That means being very attentive to the needs of our farmers and ranchers. It means aggressively exploring opportunities in the areas of biotechnology, value-added agriculture, and foreign markets. 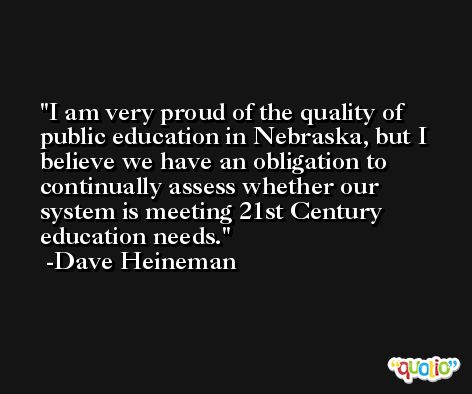