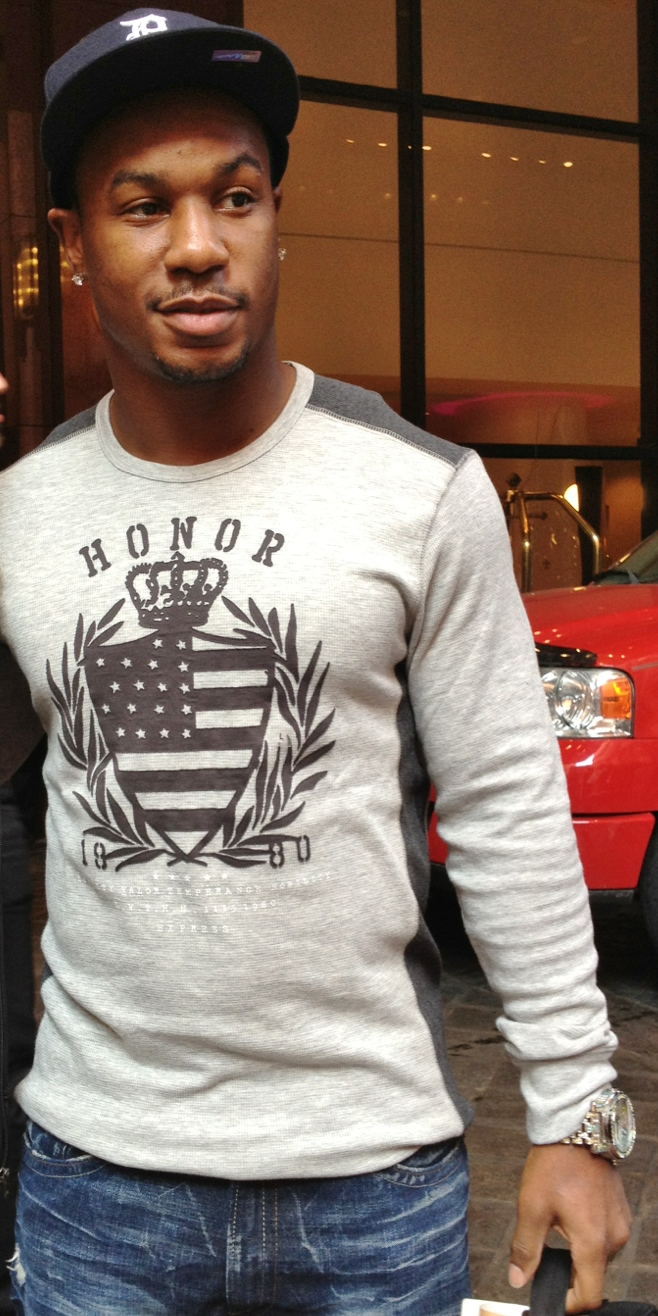 Sproles was named as a kick returner on the List of San Diego Chargers 50th Anniversary Team/Chargers 50th Anniversary Team. He joined the New Orleans Saints in free agency before the 2011 season, and broke the NFL record for most single-season all-purpose yardage the same year, with 2,696 yards. During that season he set career highs with 603 yards rushing (6.9 yards per carry) and 710 yards receiving and a combined total of 9 touchdowns. Sproles is the first player in NFL history with 2,200+ all purpose yards in 4 different seasons (2008-2011).

Me and my mom were real close, ... When [her death] first happened, I was more mad than hurt. But since time has passed, it's kind of gotten easier.

[By: JAY PARIS - Staff Writer SAN DIEGO ---- Darren Sproles is contemplating how deep is deep at Invesco Field at Mile High.] If it's real deep, I'm not going to bring it out, ... But if it's like 2 yards? Yeah, I'll bring it out. 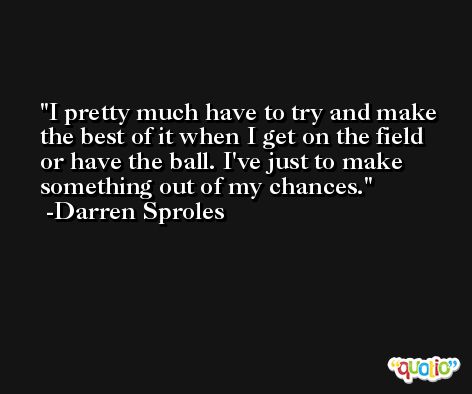 You never know where you're going to find me. I'm just having fun getting out there and running around.

I miss her a lot, ... I've learned a lot. I've definitely turned into a man, not just on the football field, but in life too. 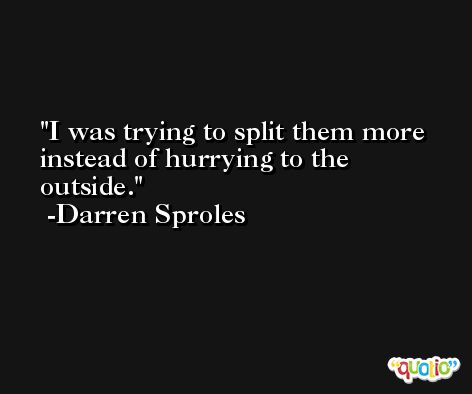 It felt good to finally get a touchdown. When I caught it, I saw the linebacker go to my outside, so I turned to my inside and once I turned inside it was wide open.