I thought I had some good speed going in the top section and then I shut it down pretty hard and put myself out of the top 30. But at least I'll know what I finished right away. I'll either be happy or sad when I come across the finish line tomorrow because all the top guys are (starting) in front of me.

I like to stand in the back. I really don't pay attention to it too much. There's a lot said. I just try to stay out of it. I'm a skier, not a talker. 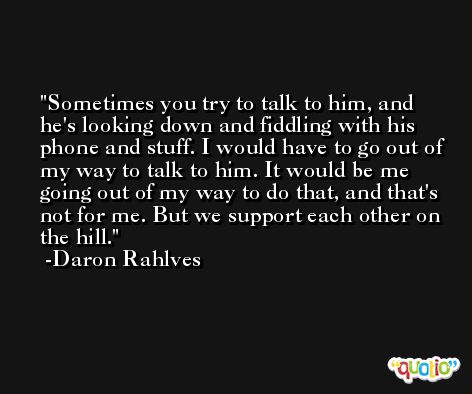 It's always been like that. That's how it is. It's part of the sport. Why downplay it?

It's impressive, and that's got to be the longest streak ever. He had to be injury free. It's hard to race all these events and stay healthy, not bang yourself up one way or another. 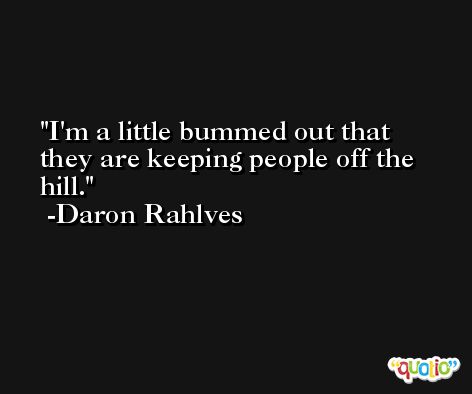 I hit this one bump and got high-sided and I kind of went in there with way too much aggression today. Everything was pretty good in the top part, but as soon as I hit this one bump, it knocked me way down low and I just made it into the gate and after that all my speed was gone.

As far as the media stuff is concerned, he's gotten a lot of play, a lot of (magazine) covers. That's good for our sport. To me, it's not really a big issue of me getting all the press. It's more like trying to get our sport some press, to get people to know what's coming up. ... What it comes down to, ultimately, is who's going to be skiing faster. 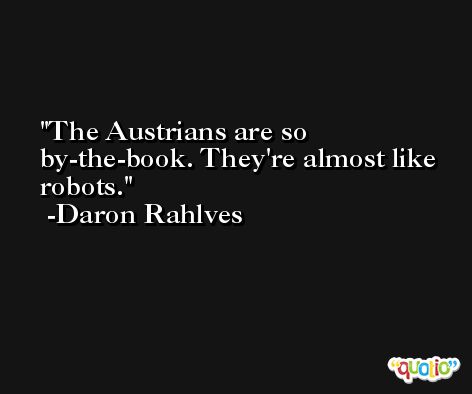